We’ve started the tagging of rollers in the Western Plain of Romania in June. On the 13th of June we managed to capture three female and a male bird in Arad County, two of these four birds were equipped with satellite tags.

In order to select the best individuals for tagging we selected birds that are fit, and in good condition. Laying eggs early and having a large brood were also preferable. 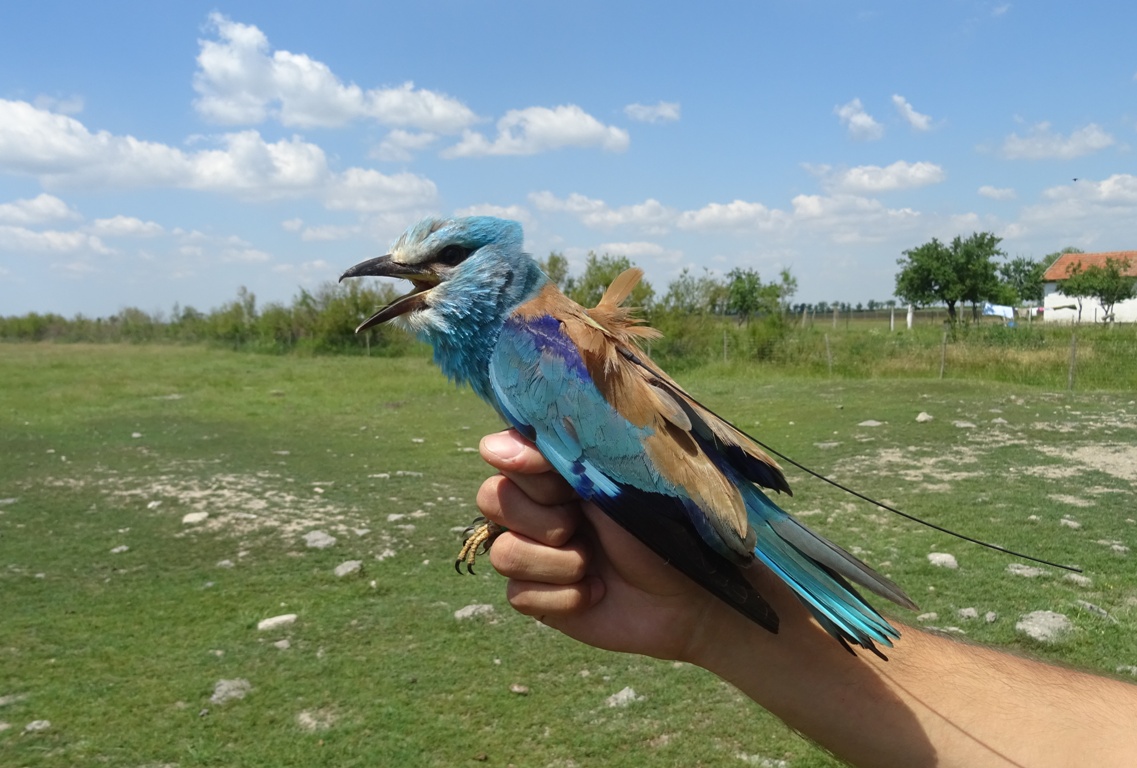 „Ágyaˮ the female bird who got her name from a nearby village, Ágya (Photo: Szilárd Daróczi J.). 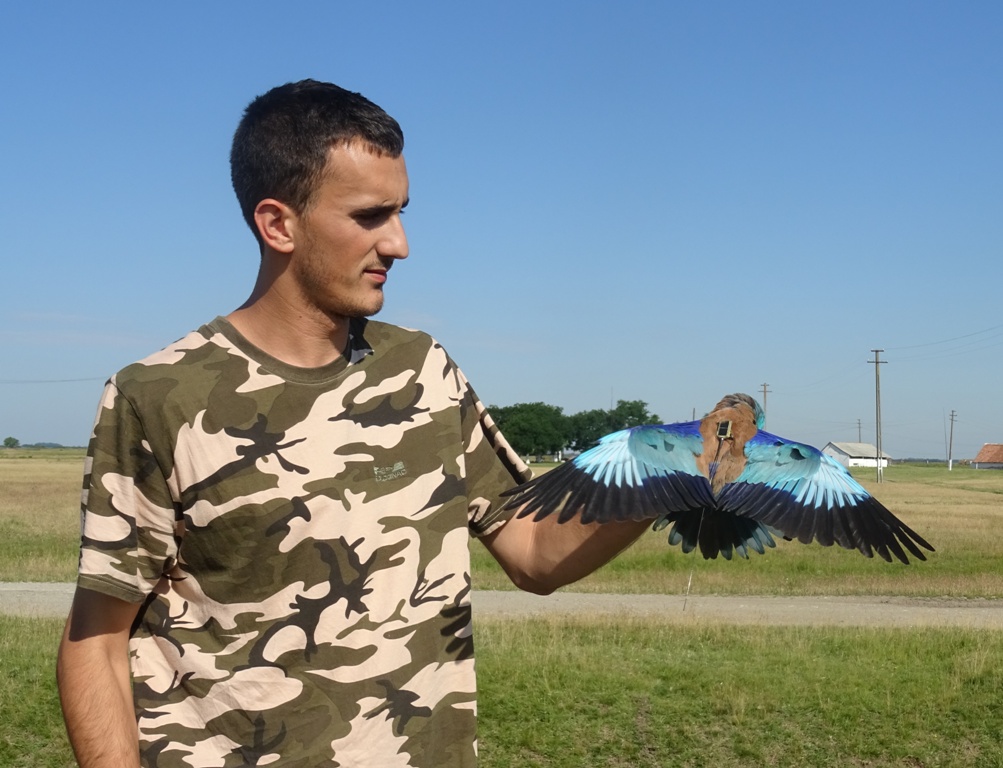 The capture of the third adult took place near Salonta, in Bihor County on the 22nd of June. The male of the selected couple was caught at the nest early in the morning, and we were surprised to see that the bird was already ringed. Our ringing database later revealed that the bird was ringed as a young , 51 kilometers south from the recapturing place on the 11th of July 2012. 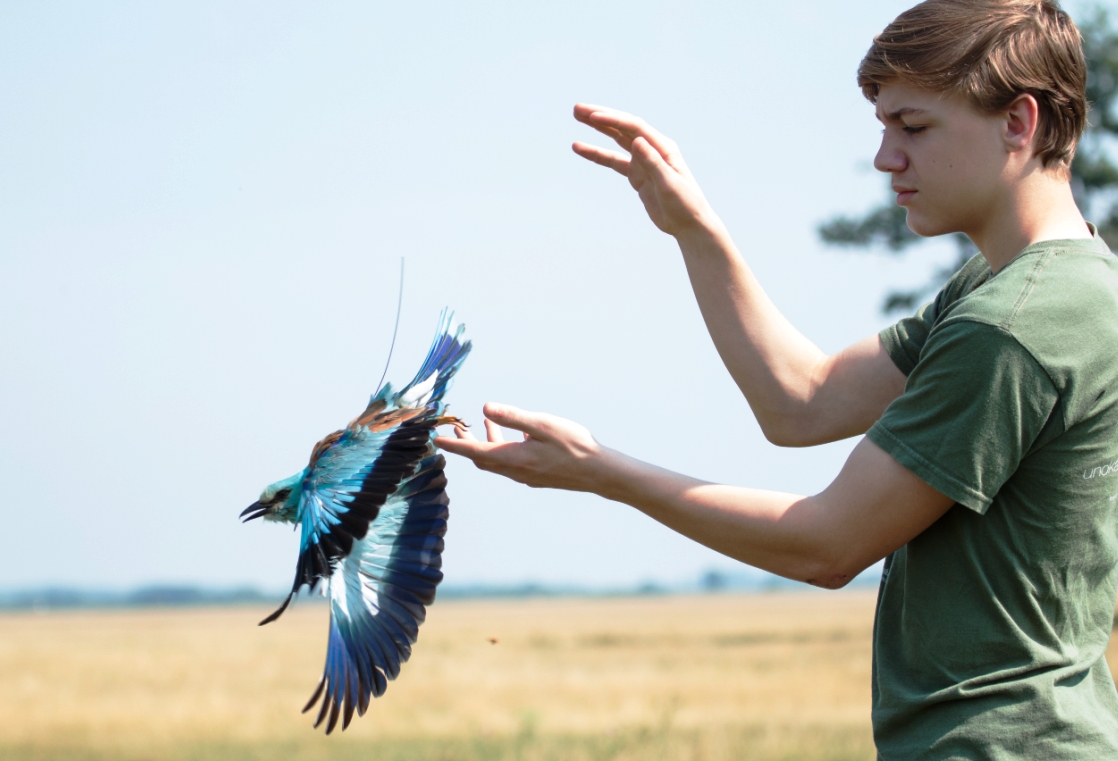 Releasing „Bíróˮ, the male who got this name from the toponym of his breeding site "Bíró-bánya" (Photo: Nagy Attila).

The movements as well as the migrating routes of these three satellite tagged birds will soon be visible on the interactive map: http://rollerproject.eu/en/content/satellite-tracking.