The European roller is a member of the order Coraciiformes, and the only species of the roller family (Coraciidae) breeding in Europe. It is related to the colourful bee-eaters (Meropidae) and kingfishers (Alcedinidae).

The Roller is a polytypic species with two subspecies:

The main difference between the two subspecies is that the Coracias garrulus garrulus is more brightly coloured. 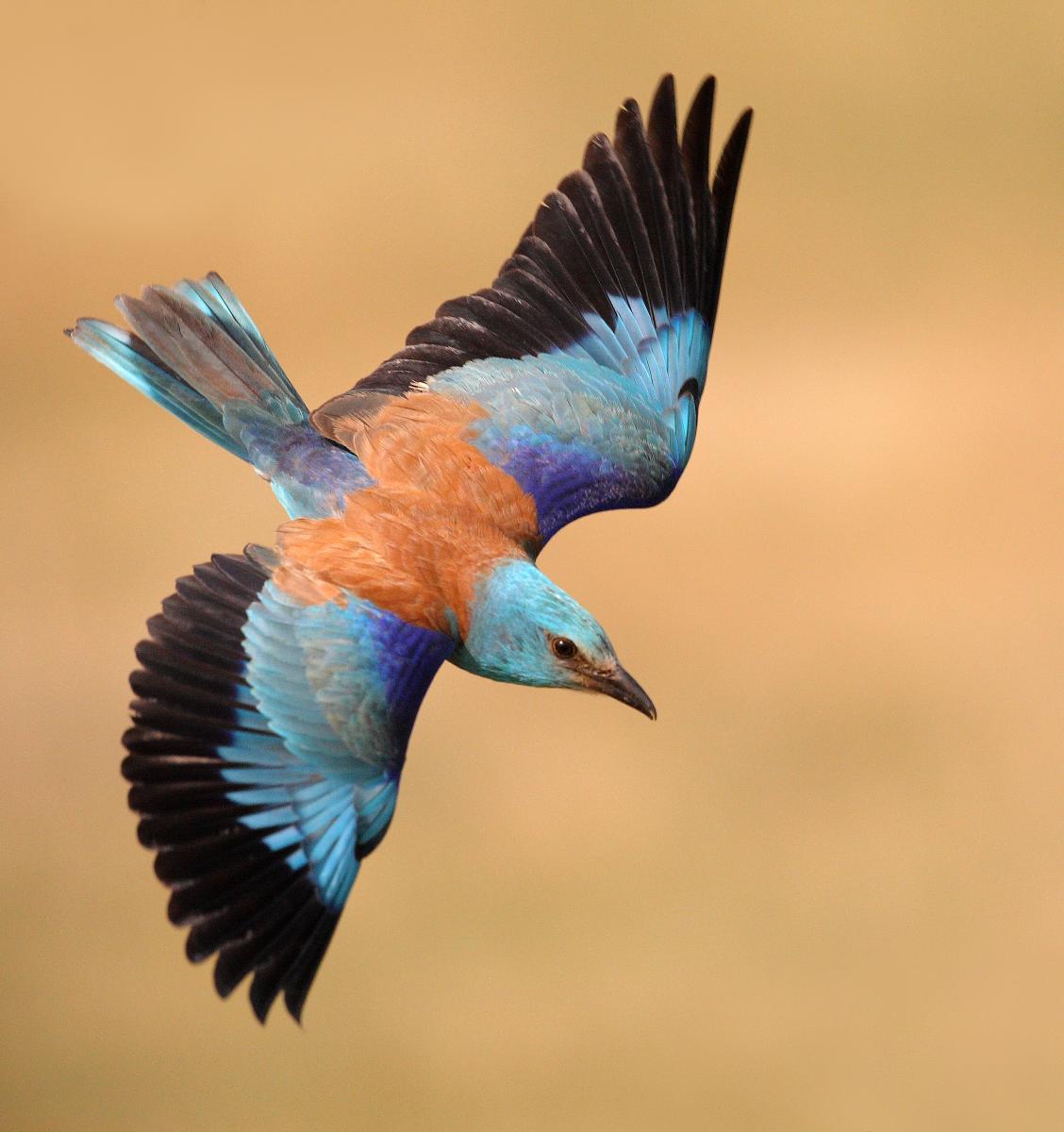 The European roller is a jackdaw sized bird (30-32 cm), with a 66-73 cm wingspan. It’s head, neck and belly are bright skyblue, and its back is chestnut brown. The blue and violet coverts and the contrasting black primaries and secondaries become clearly visible in flight.

The male and female are similar in appearance, although the male has slightly brighter colours during the breeding season.

Juveniles are paler, with brown cheeks and breast, the outermost tail feathers are shorther and have no black colour on them. The second-year birds have unmoulted greater coverts; the flight feathers and tail are very worn. 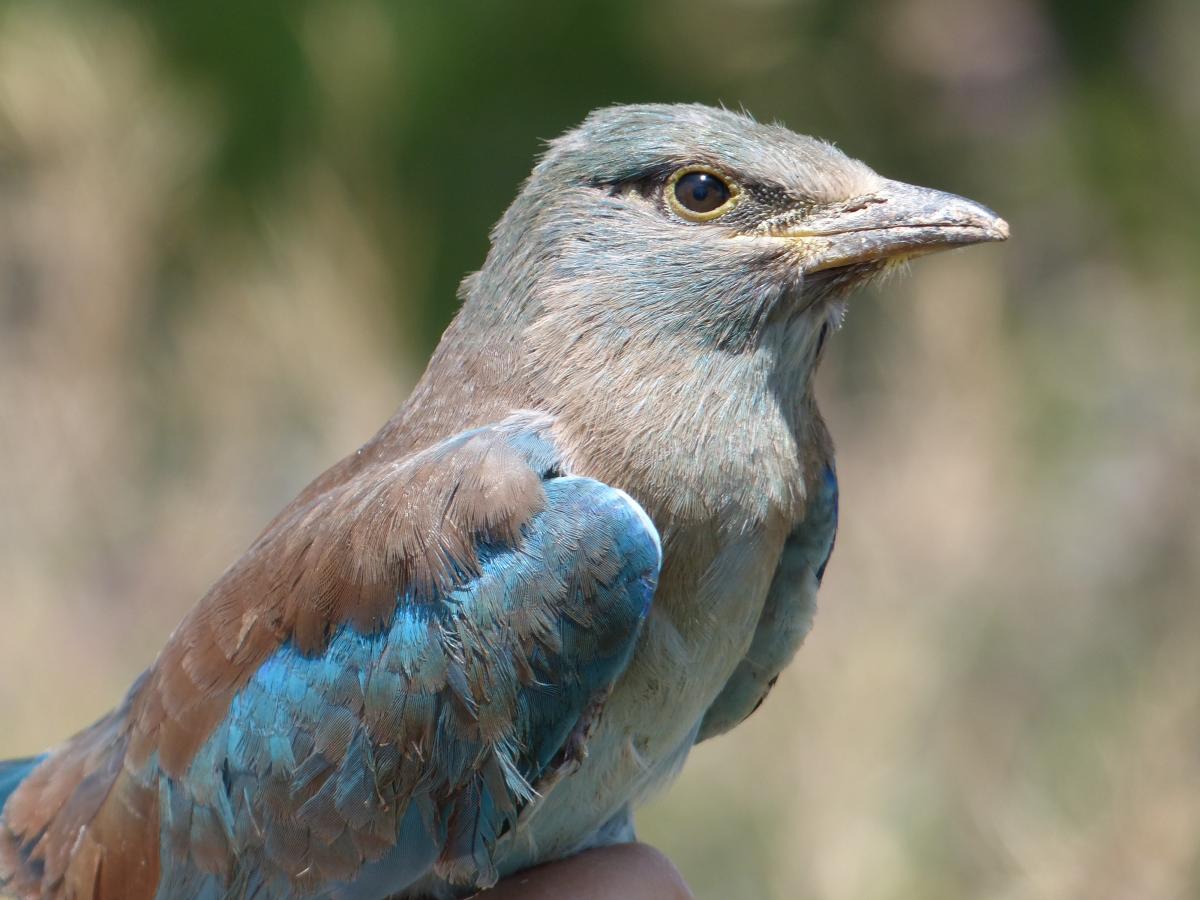