Rollers are monogamous. They are secondary cavity nesters and mostly nest in old hollow trees, or cavities created by larger woodpeckers such as the black woodpecker or the green woodpecker. They occasionally nest in steep sandy banks or loess walls, and are also keen to occupy nest boxes. 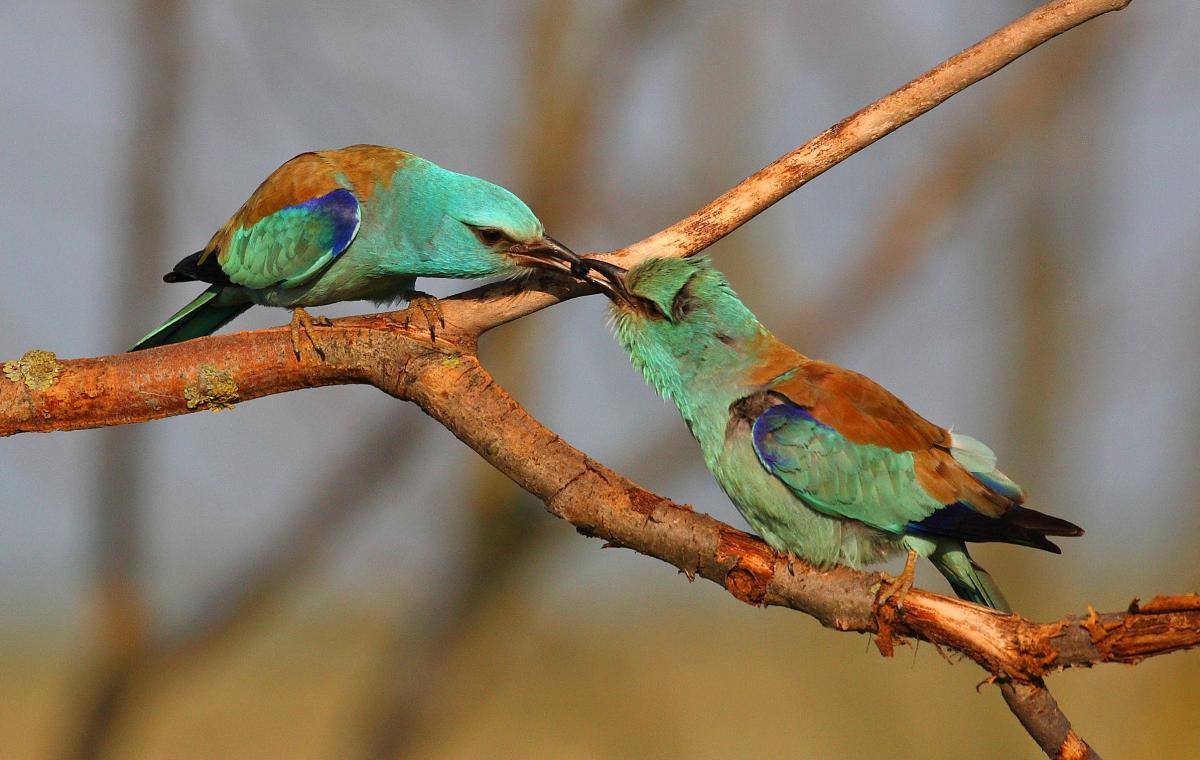 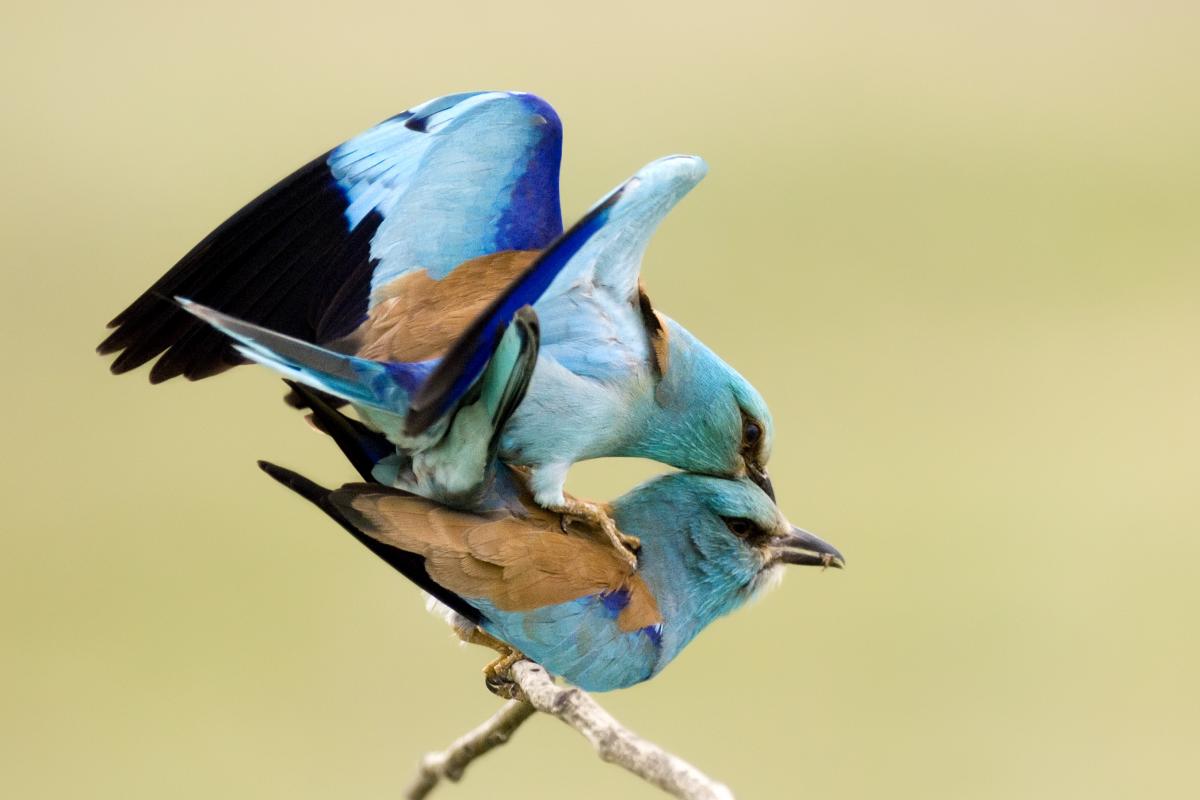 Only one clutch is reared between May and August. The egg-laying period is mostly during May and June. The usual clutch size is 4-5 white eggs, the incubation lasts for 17-20 days, and the fledging period is 26-27 days. Both parents take part in the nestling care. Eggs are mainly incubated by the female, who starts before the clutch has been completed. 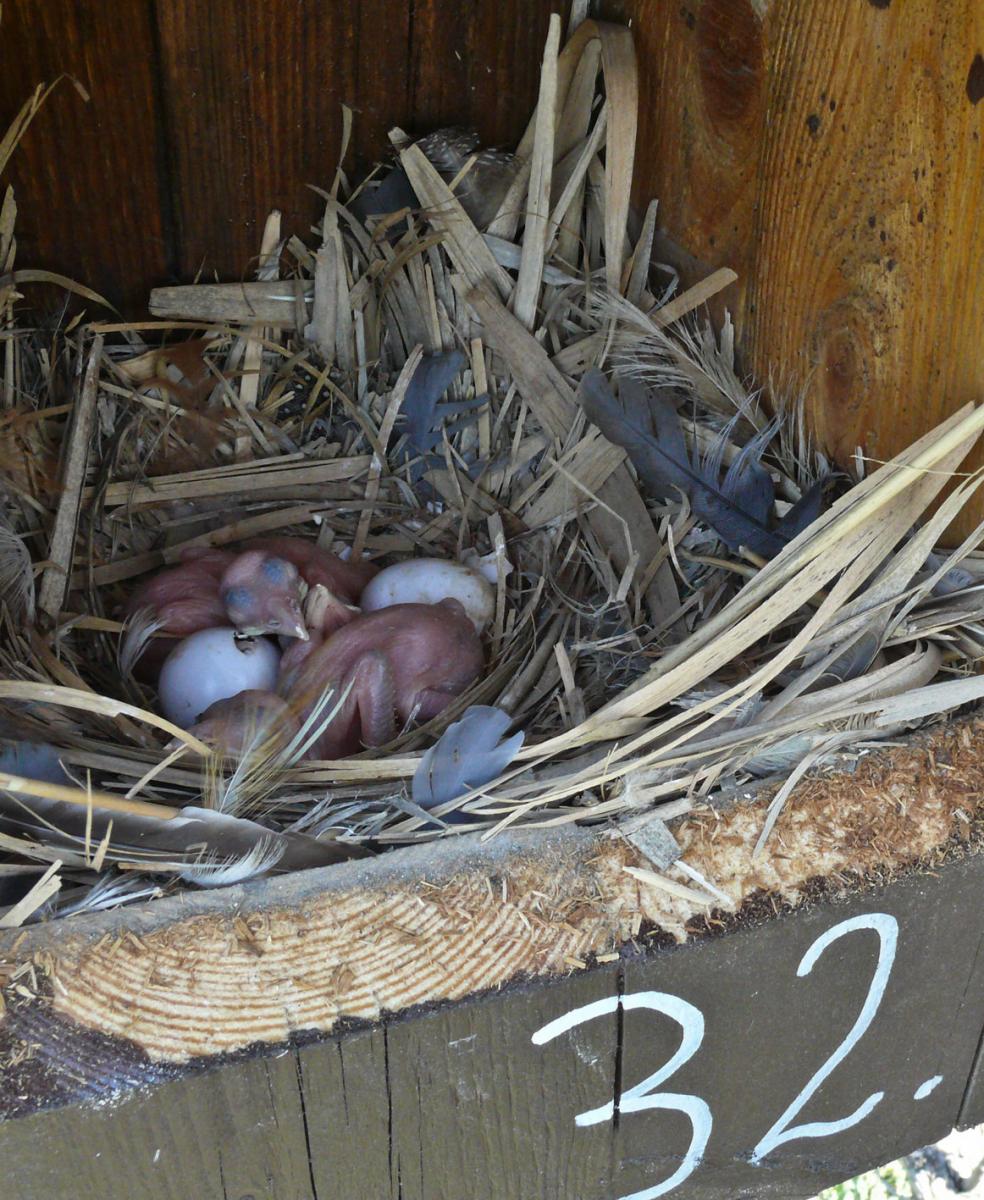 Rollers are described as aggressively territorial, solitary breeders during the breeding season, actively defending a zone of roughly 50m around their nest. They also occur in distinct meta-populations, and are distributed in clusters within these meta-populations. They can breed very close to each other (80-500m), the closest registered case being 14m (probably due to the limited number of available nesting cavities). The foraging territory covers an area of 1-3 km radius around the nest. The chicks are fed by both parents until two weeks after fledging. The families are thought to stay to together until the start of the migration.

Regular occurrences of non-breeding, single birds and pairs suggest that most rollers do not breed before becoming 2 years old, although this is inconsistent with other findings, as a 1 year old female has been observed incubating eggs. Very little is known about mate-fidelity and survival rates. The oldest known roller lived 9 years and 2 months.