We’re starting a new column, introducing all Special Protection Areas (SPA) that are linked to the project. There are 17 project SPAs in Hungary, and 15 in Romania. The first site to be presented is the Abonyi Kaszálóerdő SPA. 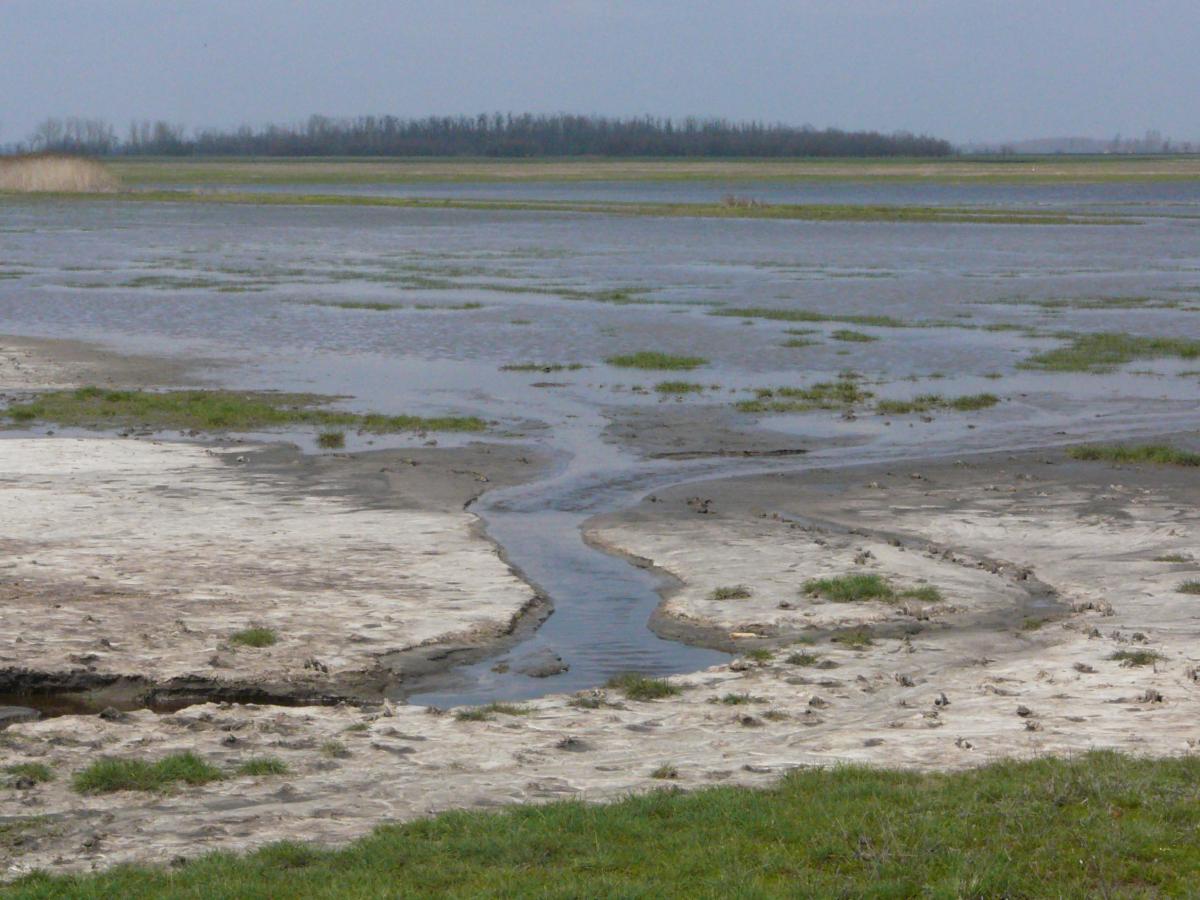 The seasonally flooded salt steppe of the Abonyi-kaszálóerdő SPA, with the black locust forest in the background. (Photo: Balázs Csibrány).

The Abonyi kaszálóerdő SPA (HUDI1001) is the smallest project site of the „Conservation of the European roller in the Carpathian Basin” LIFE+ project. It is located along the Budapest-Cegléd-Szolnok railway line between Cegléd and Abony. Its full size is only 420 hectares, making it  the smallest SPA across the Hungarian Natura 2000 system.  A large part of its area also belongs to the 7800 hectares sized Székek (HUDI20046) SPA, that contains the salt steppe habitats between Abony and Cegléd. 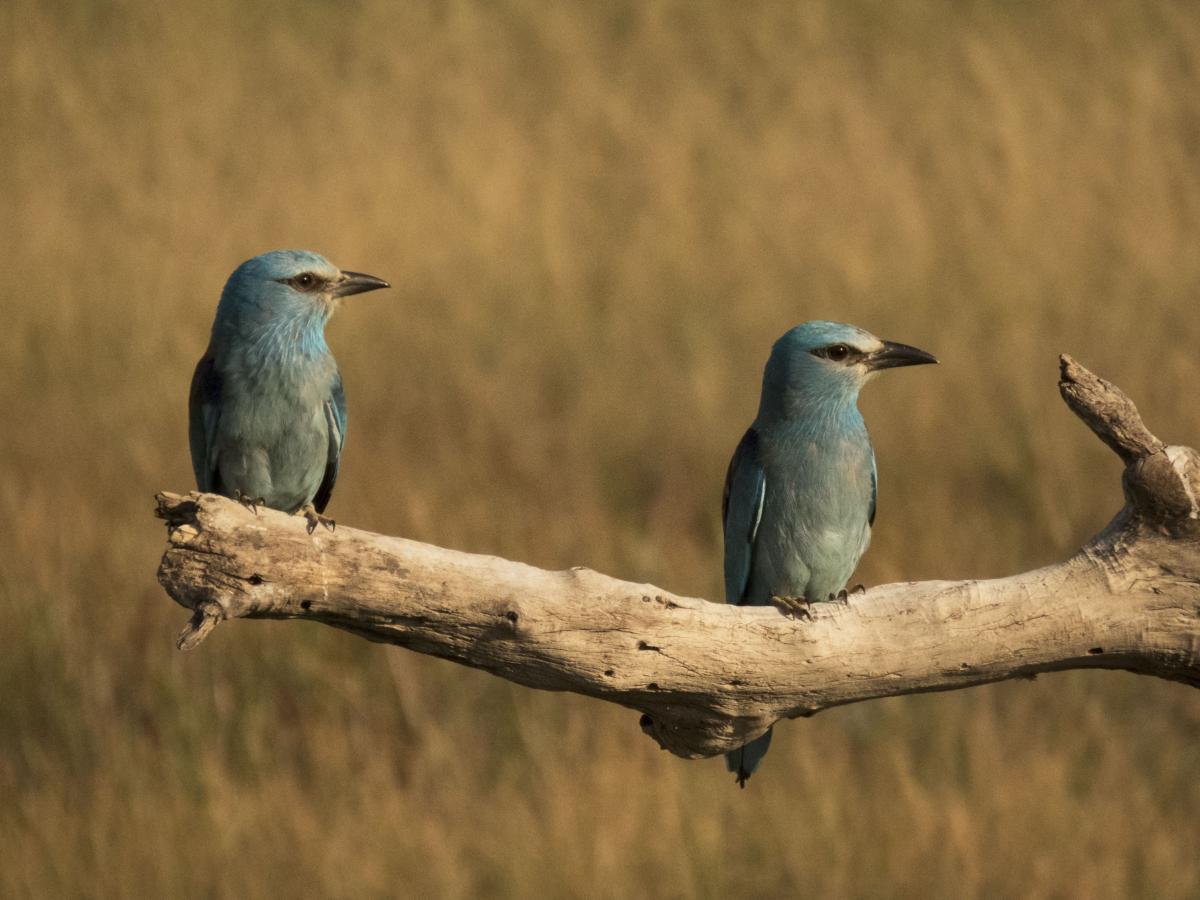 The SPA is located in the Gerje-Perje Plain, with an average elevation of 90-92 metres above sea level. The protected area, administered by the Duna-Ipoly National Park consists of salt steppes, steppe grasslands, farmlands and an ex lege protected seasonally flooded salt lake. 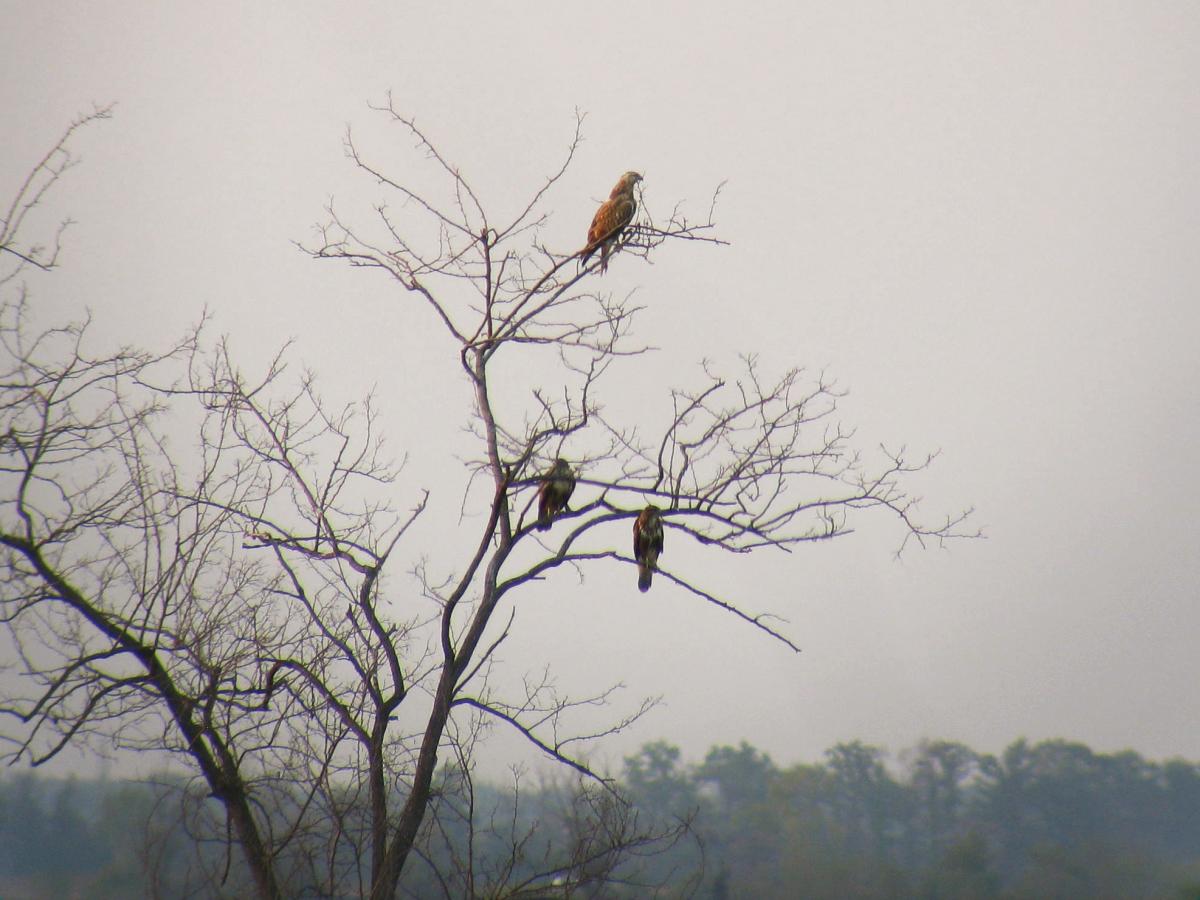 Long-legged buzzard, a significantly larger raptor than the common buzzard, is a rare vagrant of the area (Photo: Balázs Csibrány).

The Abonyi kaszálóerdő SPA is named after a 10 hectares sized black locust forest, wich is home to one of the most outstanding natural colony of red-footed falcons in the country. This species is the only colonial bird of prey in Hungary. Following a continuous decline, the national population of the red-footed falcons has decreased to less than 600 pairs by 2006. Fortunately, successful conservation works, supported by the LIFE+ programme of the European Union have resulted in an increase and the current population consists of more than 1000 pairs. The vulnerability of the species is celarly visible from the fact that two-thirds of the population breeds in artificial nestboxes, thus the protection of nest site creating rooks, and the remaining natural nesting sites have an outstanding importance. 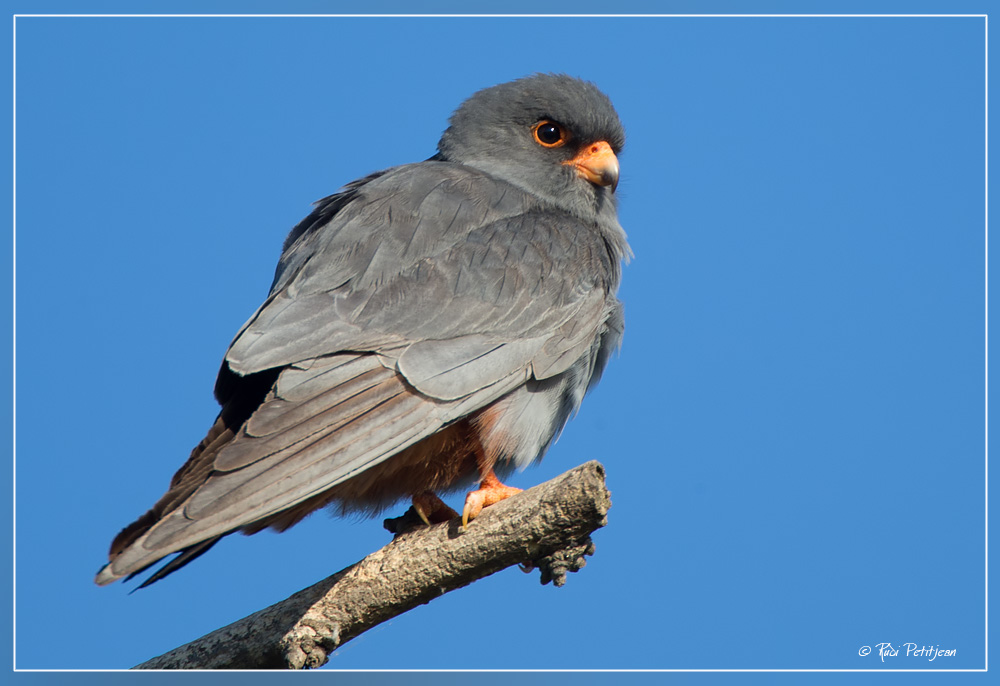 The above mentioned black locust forest almost became a victim of logging in the beginning of the 1990s, only the intervention of a nature enthusiast hunter has saved the red-footed falcon colony. His actions lead to the forest becoming protected at a local level due to public demand, and after Hungary has joined the European Union in 2004 the area became connected to the Natura 2000 system as a SPA. Although the red-footed falcon population had started to increase at a country level the colony of 60-80 pairs in the black locust forest has further declined, almost to the point of disappearing due to human disturbance and illegal logging. Increased protection of the forest resulted in a limited, but stable colony of 5-10 pairs of red-footed falcons. 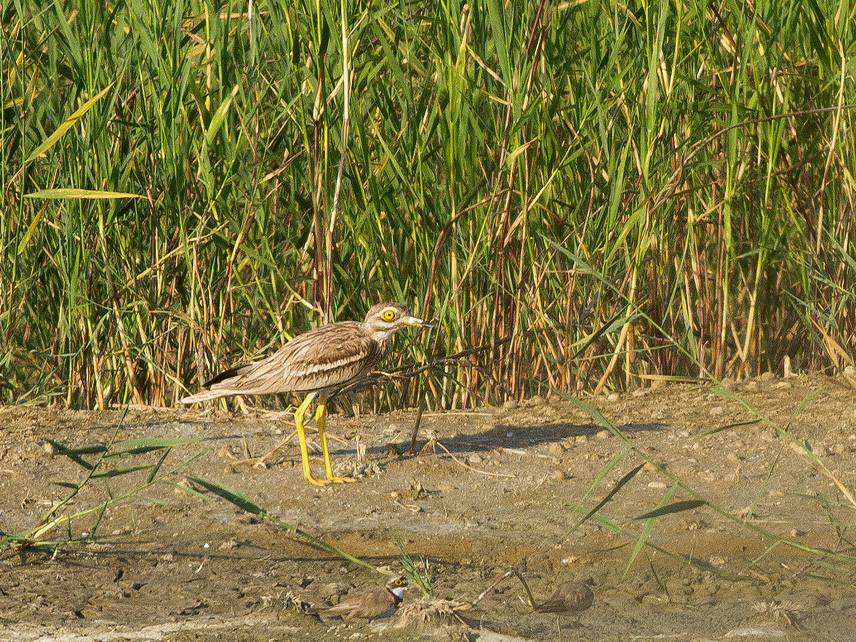 The European roller is also an important priority species in the SPA,  besides the red-footed falcon, the stone-curlew, the lesser grey shrike, the red-backed shrike and the tawny pipit. Although mown and grazed grasslands provide excellent foraging sites for rollers, the number of suitable nesting sites is decreasing due to illegal logging of tree lines and solitary trees. The first coservation works in the mid-90s mainly concentrated on providing artificial nesting sites to compensate for the loss of old trees. The works were carried out by members of the Jász-Nagykun County Local Group of Birdlife Hungary, under the direction of Sándor Urbán. However, artificial nestboxes became damaged and were prone to  further illegal logging over the years. The installation of new nestboxes has started again a few years ago. The new boxes are managed by the local members of Birdlife Hungary, and by experts from the Duna-Ipoly National Park. The Abonyi kaszálóerdő SPA only holds 1-2 pairs of breeding rollers, but conservationists expect a significant increas in the population by 2020, as a result of the LIFE+ programme. 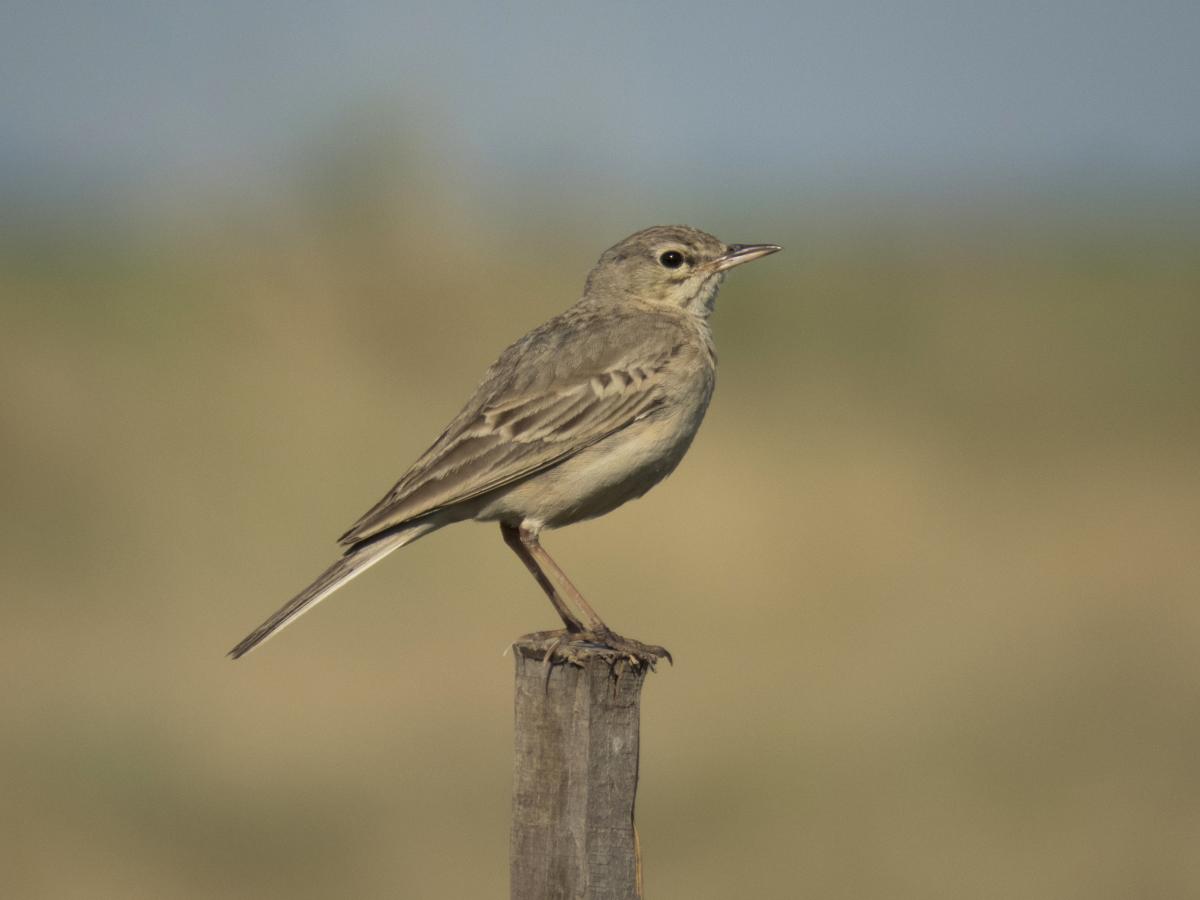 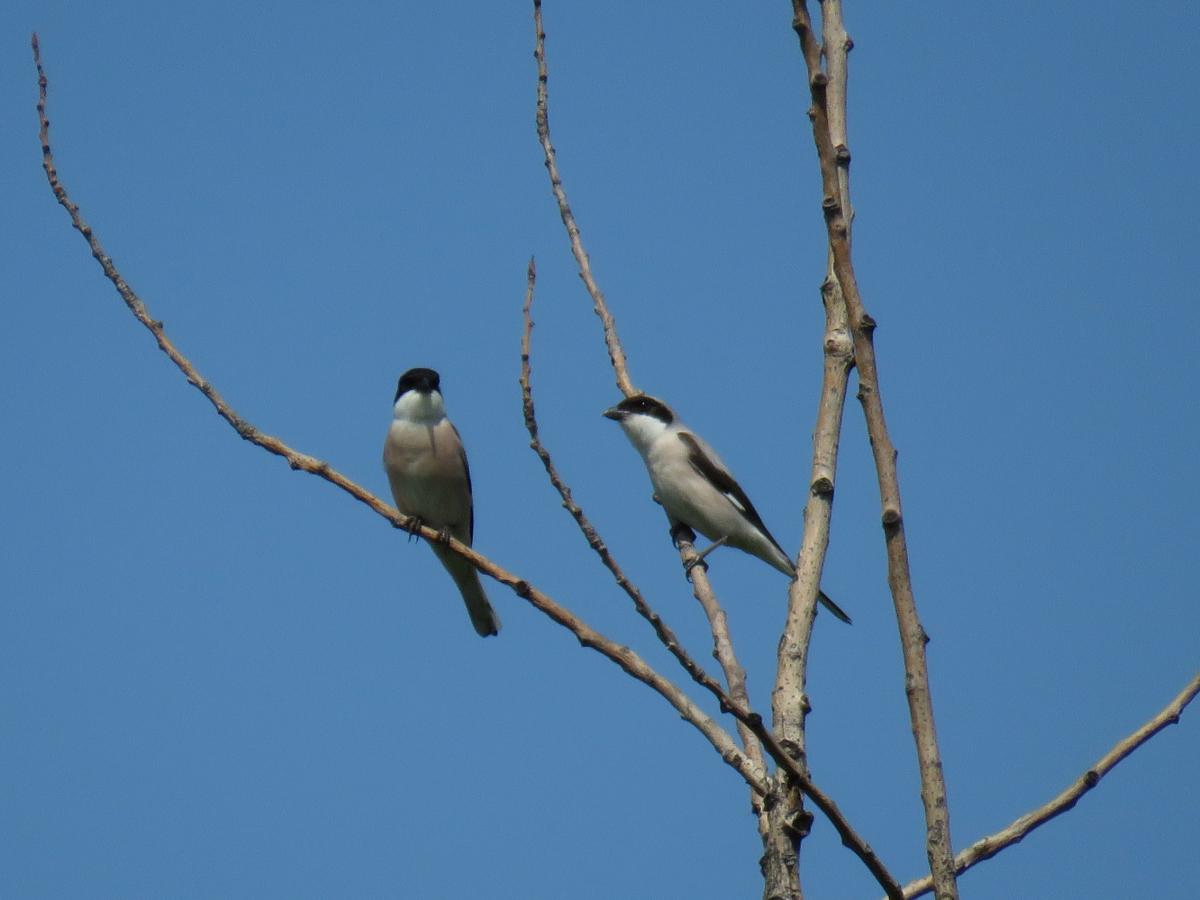