2019 has been full of hard work in order to ensure suitable nesting sites for the returning Rollers in early spring. The work started at the very beginning of the year with the clean-up and repair of nestboxes that has been damaged in the winter. Rollers do not build their own nest but occupy cavities made by different Woodpecker species therefore we base our species conservation work on the installation of artificial nestboxes and the maintenance of the existing ones. 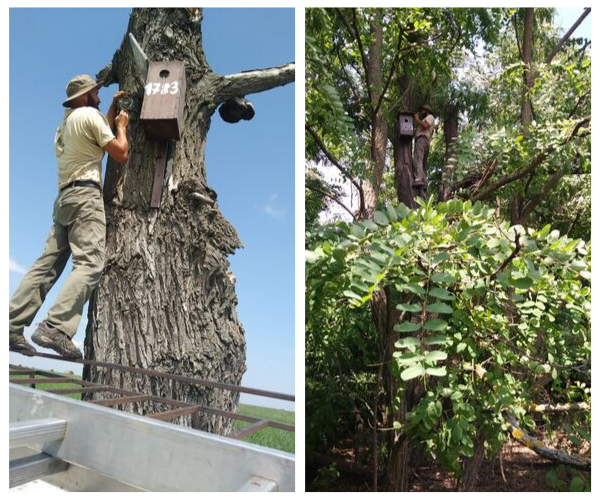 This year the breeding season started a bit later than the former years, but most of the Rollers occupied the chosen nestbox and started to breed by May.

Nestbox monitoring started in the beginning of the summer and we also captured and ringed adult birds where it was possible. In several cases we have met individuals tagged the former years which can imply that these pairs were site-faithful, since they occupied nestbox very close to the previously occupied ones. Of course we met counterexamples, too. 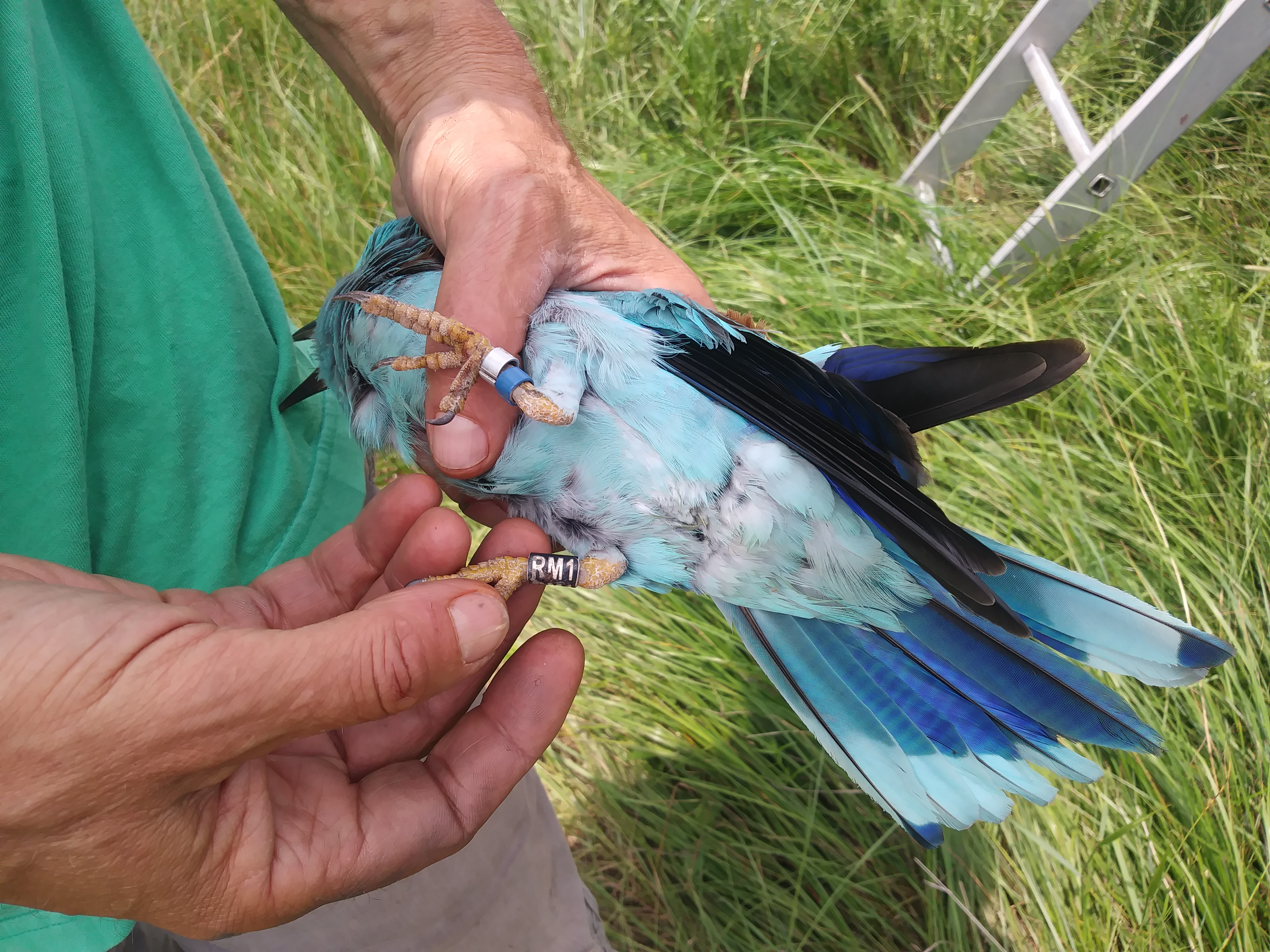 From the end of June we monitored the nestboxes again to estimate breeding success of Rollers.

In July we found eggs in several nestboxes, however there were clutches of well-developed chicks as well. 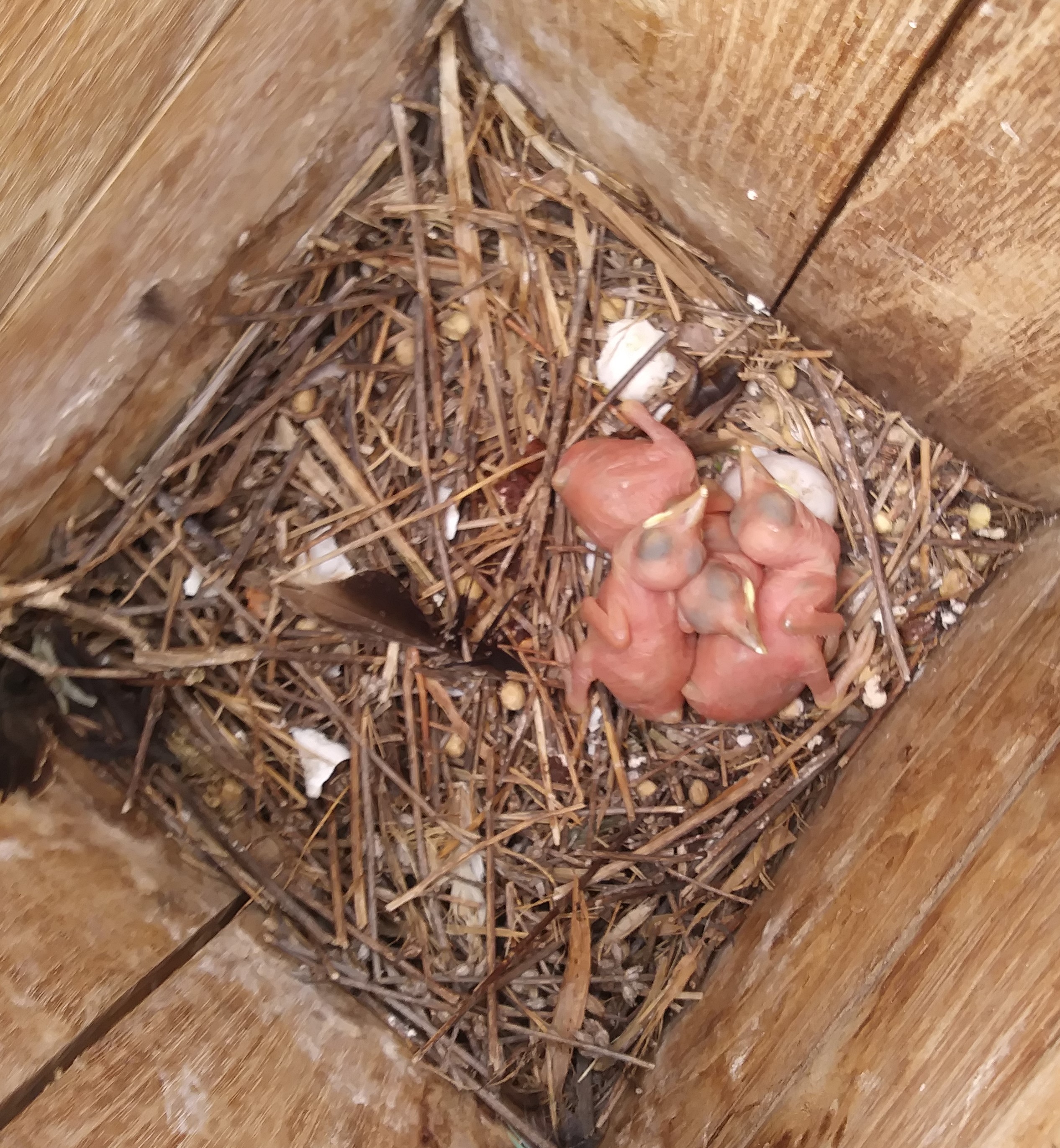 D-type nestboxes are often occupied not only by Rollers but other species also. 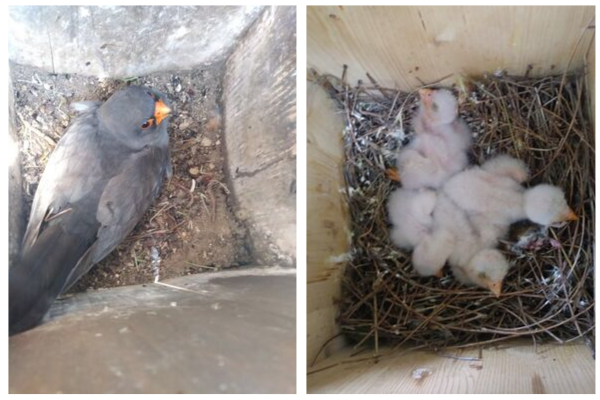 Adult Red-footed Falcon in a D-type nestbox and the hatchling (Photo: Katalin Tóth)

We have monitored altogether 1104 nestboxes in the operation area of Bükk National Park Directorate with the help of colleagues at BirdLife Hungary and volunteers. From this, 891 nestboxes were occupied.

Rollers have been breeding in 654 of the occupied nestboxes which is a 73,4 % occupancy rate. Besides artificial nesting opportunities Rollers have been found in natural cavities as well, unfortunately in a significantly lower rate due to the lack of suitable breeding holes.

Breeding Rollers laid 3,6 eggs on average, although we found clutches of 1 or 9 eggs, too.

After Rollers, Starlings have occupied the nestboxes in bigger numbers, they used 18,41 % of the nestboxes to breed. They are followed by Sparrows with an occupancy rate of 12%. We found wasps or bees in almost 5%, other species in 4,7% of the monitored nestboxes. 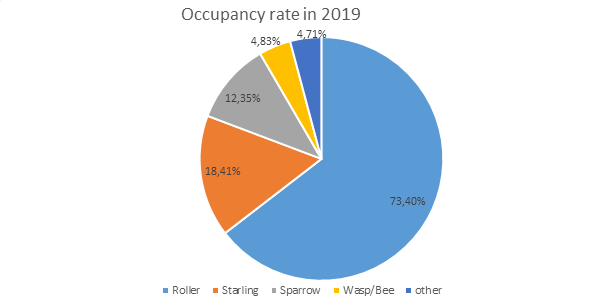 Occupancy rate of artificial nestboxes in 2019

The majority of Rollers leave the country by September and head to the wintering grounds in Africa. This time we are monitoring the empty nestboxes again, repair them if necessary and we replace the old or dangerous ones if possible to provide suitable conditions for the returning birds in the next year again.