We organized ringing demonstrations at four locations in Hungary this year, to allow participants to get close to rollers. One of our events was held near  Apaj, another near Szeged, and at two sites near Tiszaújváros. 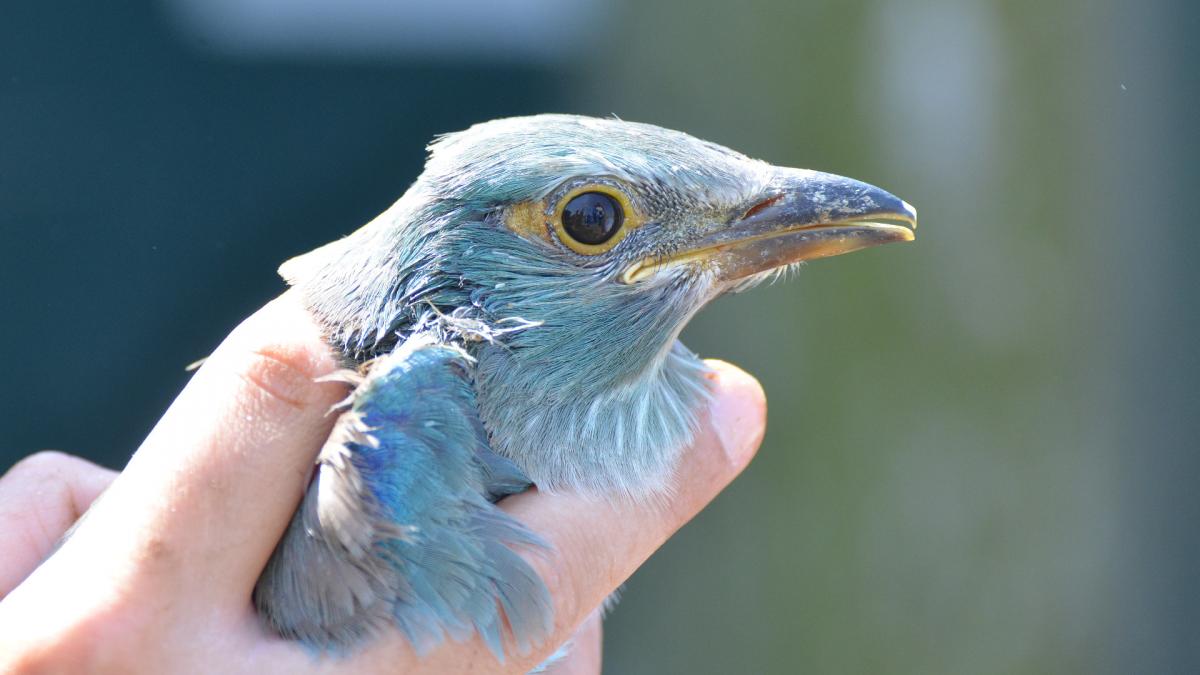 On the Borsod Plain, the demonstration took place at last year’s eagle nest guarding site, so many participants had nostalgic feelings.  The roller population is on the rise here, because there are more and more nest boxes installed across the area. Some adults were even fixed with geolocators near this site. We’ve checked 3 roller nest boxes during the day, 2 of which had nestlings in it. At the end of the programme, we even had the chance to look into the daily routine of the nearby kestrel colony. 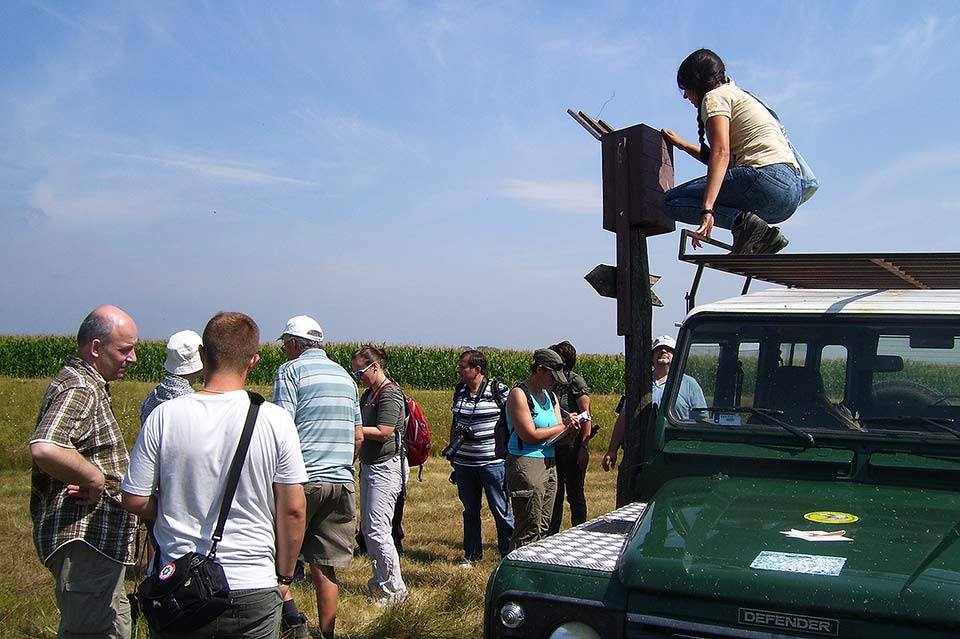 At another location, by the Polgár Fish Ponds near Tiszaújváros, the program started off after a heavy rain. In spite of this, over 70 participants turned up at the beginning, although this number dropped to about 25 by the end of the day.  We’ve ringed roller, kestrel and red-footed falcon chicks near Görbeháza. Four roller chicks were ringed at each of the seven nest boxes we visited. Three out of the seven boxes were the new Schwegler type nest boxes. 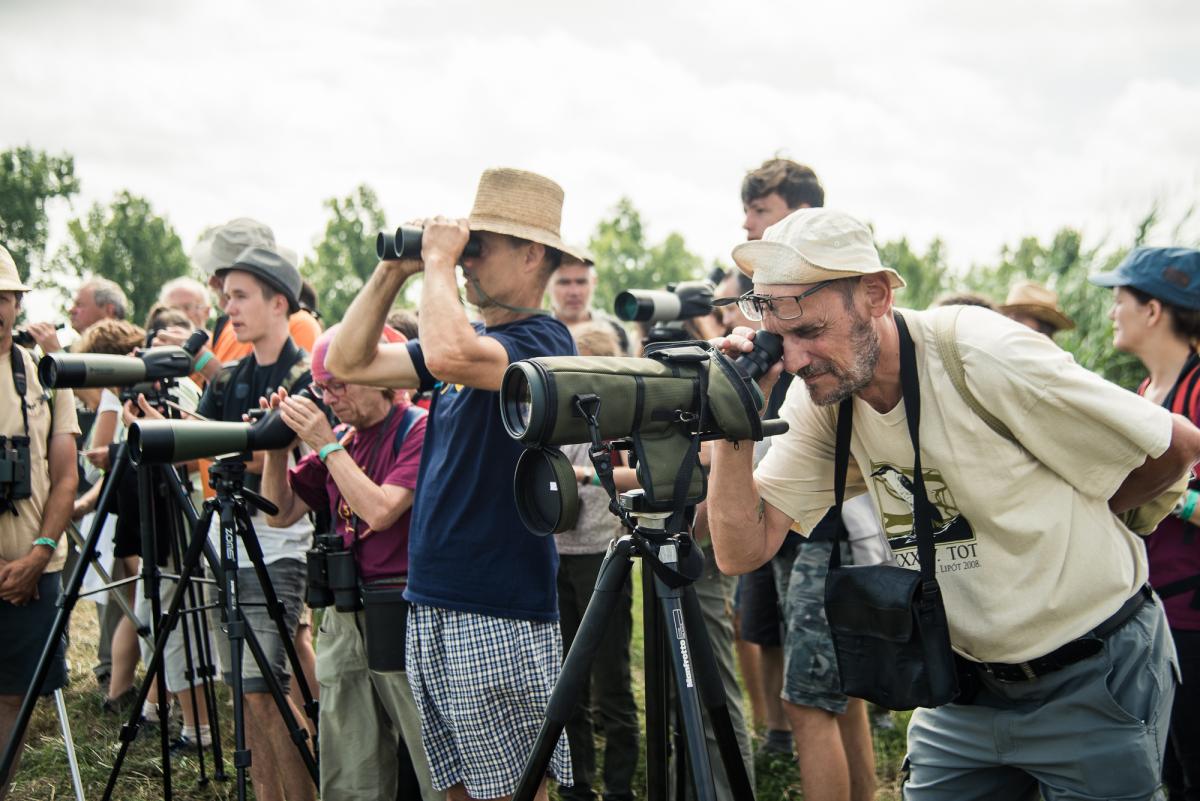 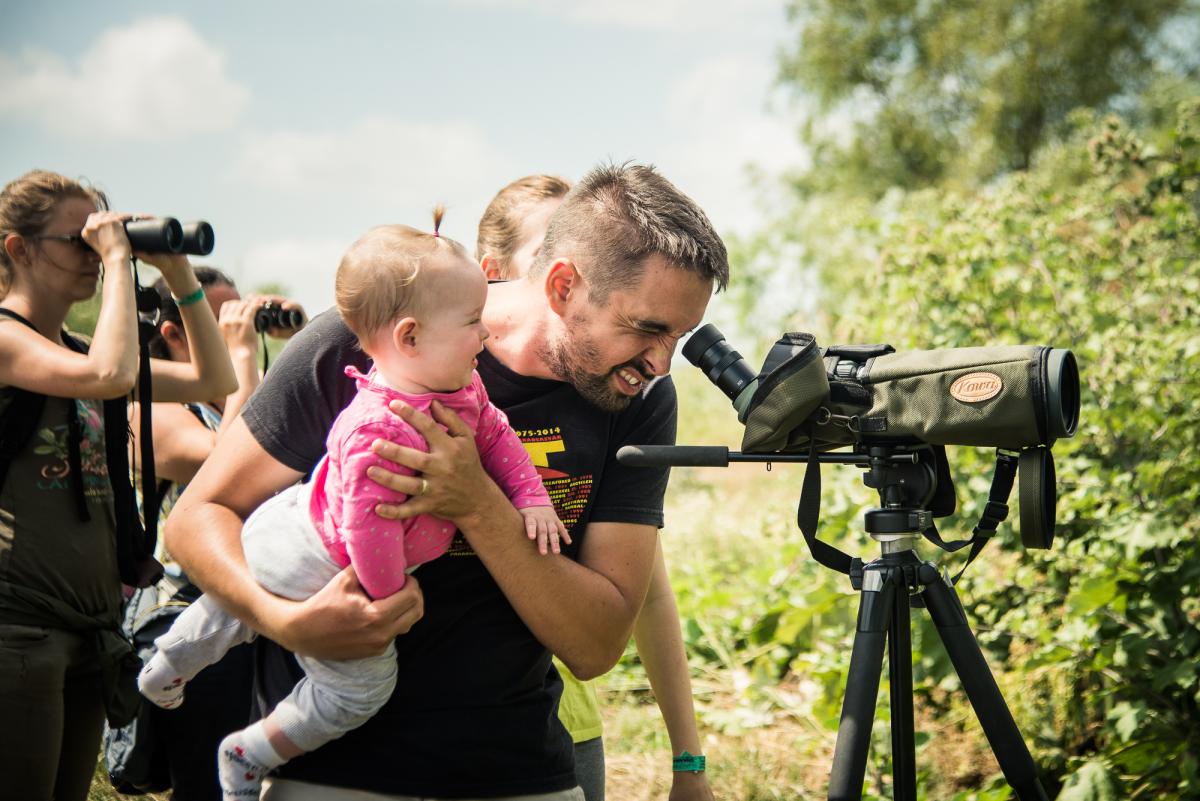 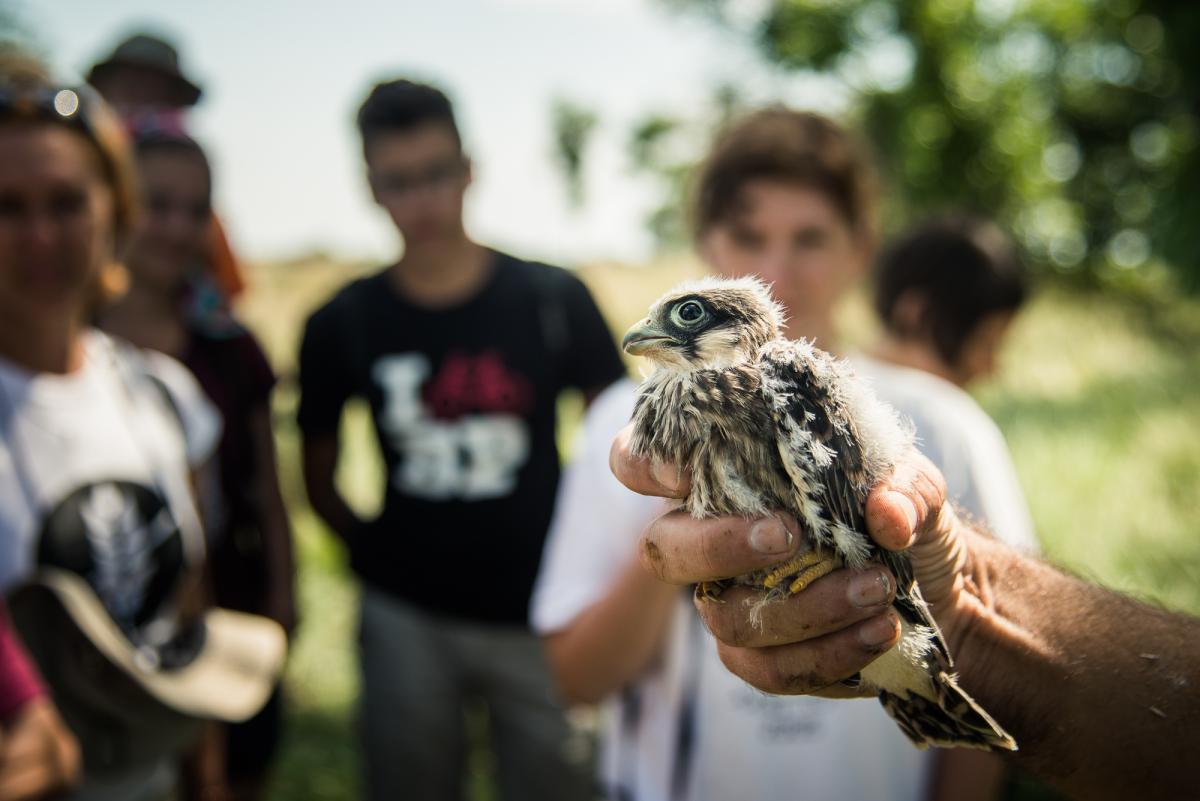 In the vicinity of Apaj, five broods were ringed in the morning. The chicks were of different ages so visitors could get a good overview of nestling stages. Participants were lucky enough to see a kestrel brood too. 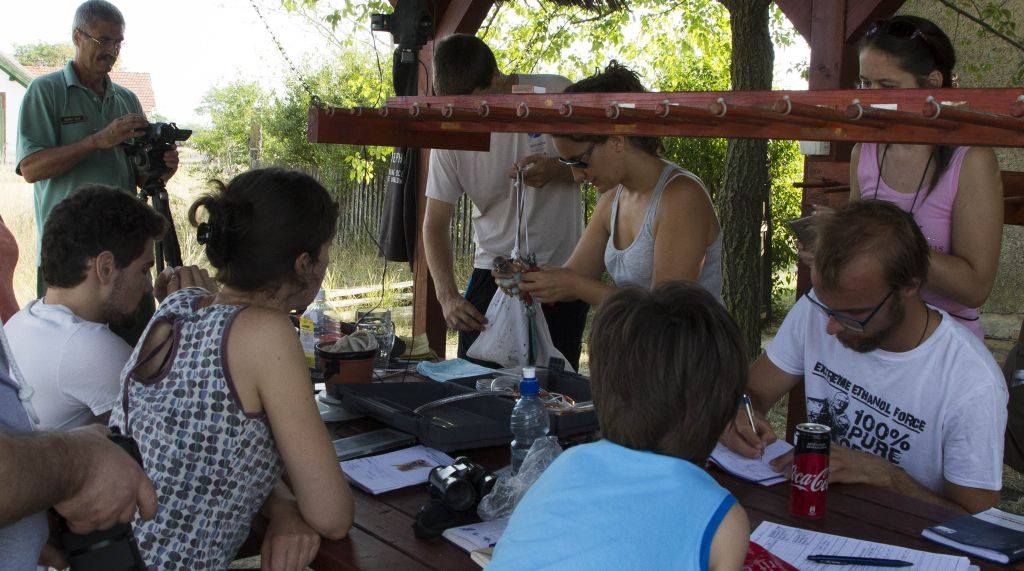 The Ringing Centre at Fehér-tó near Szeged (Photo: Béla Tokody). 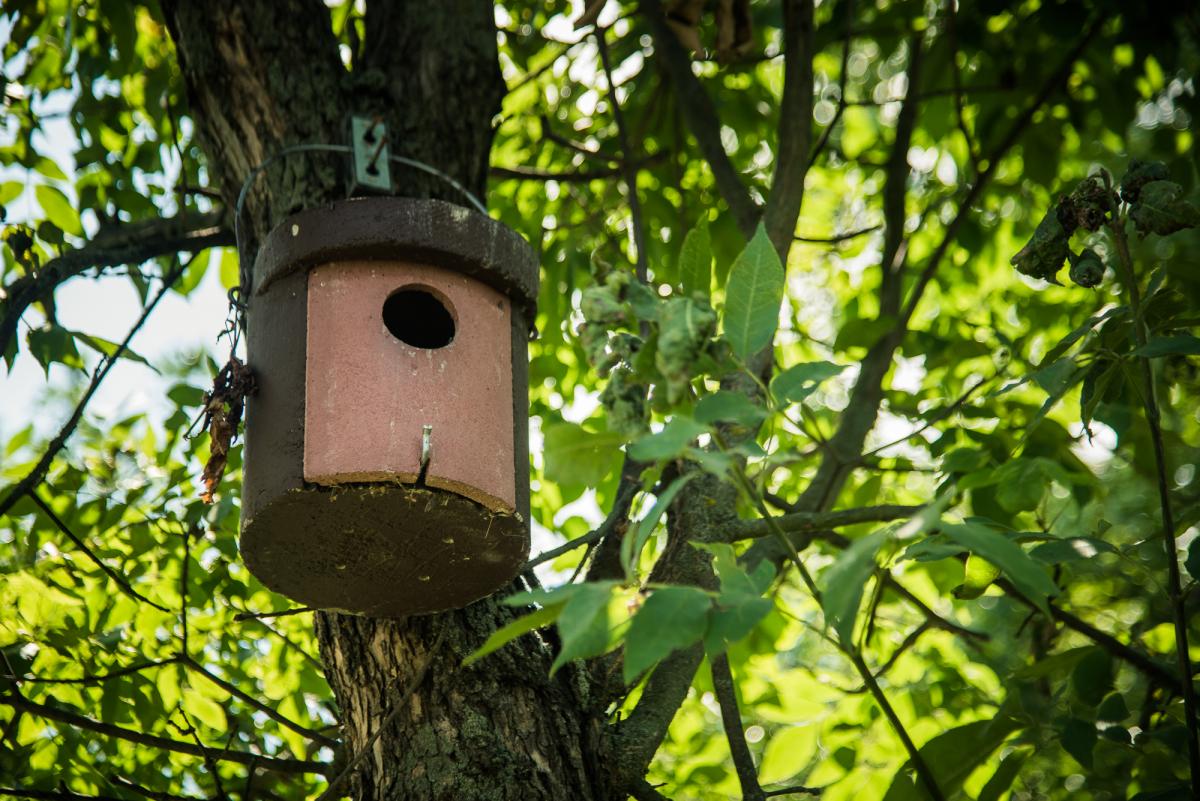 Near Szeged, the demonstration was held at the Fehér-tó Ringing Station. Four large chicks were ringed with aluminium, as well as coloured plastic rings. Colour marking will make it possible to identify and follow these individuals without having to handle them. After fledging, the young spend a month with perfecting their flight abilities and foraging skills. They set out on their long journey towards the south of Africa at the beginning of September. We hope to see them again next year!