Roller ringing in the Kiskunság, Hungary

We set off early in the morning from Szeged to meet up with the rest of the team near Kecskemét. After the rangers of the Kiskunság National Park Directorate have joined us there, we took off, into the puszta. The sky was overcast and there was a steady drizzle for most of the day. Few scarce rays of sunlight managed to break through but we did not mind the weather at all –  it was much better than the sizzling heat so typical of June! 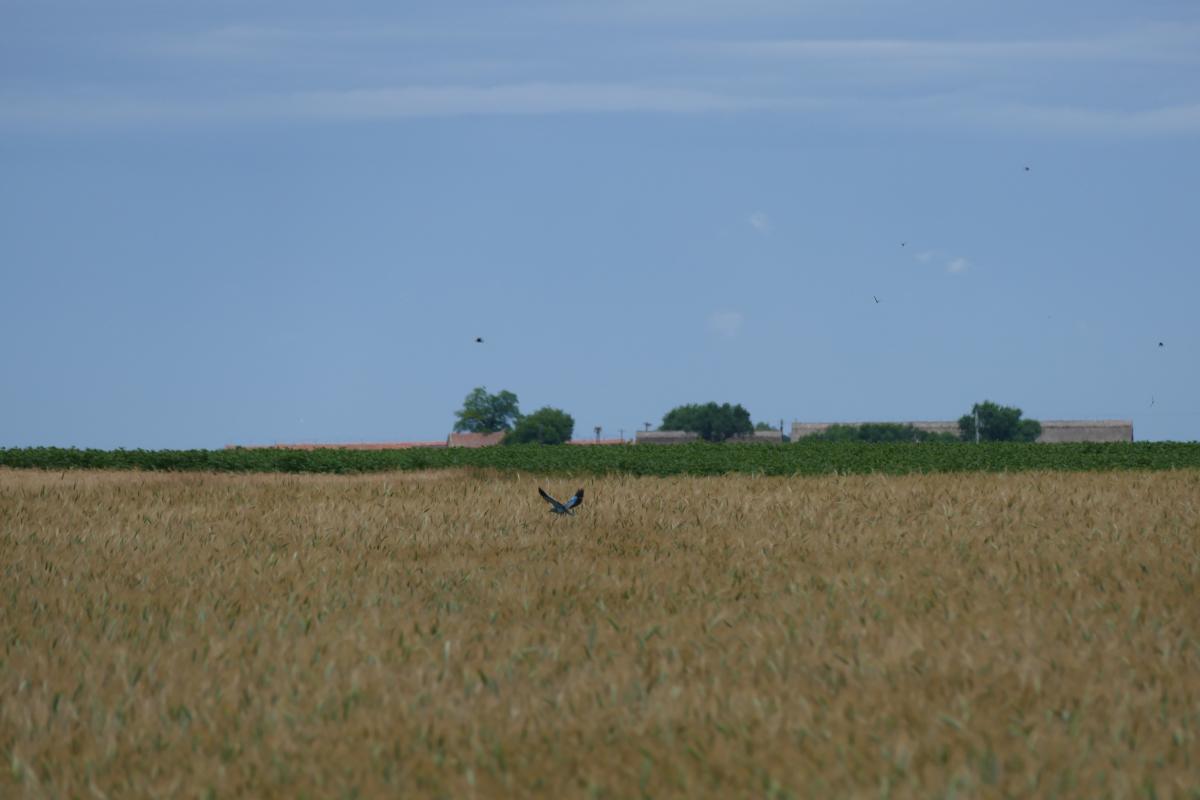 A roller from the afternoon  (Photo: Péter Pál Sütő).

The first breeding attempt of rollers near Szabadszállás was registered in 2013. Three pairs nested there  in 2014, and by 2015, 5 pairs were observed breeding by the local national park ranger, Csaba Pigniczki. The expansion of the roller population was furthered by means of the IPA project by installing 20 roller nest-boxes. We checked all of them during the day and – luckily for us – we managed to catch one of the adults in the first box. The day got off on a good start! 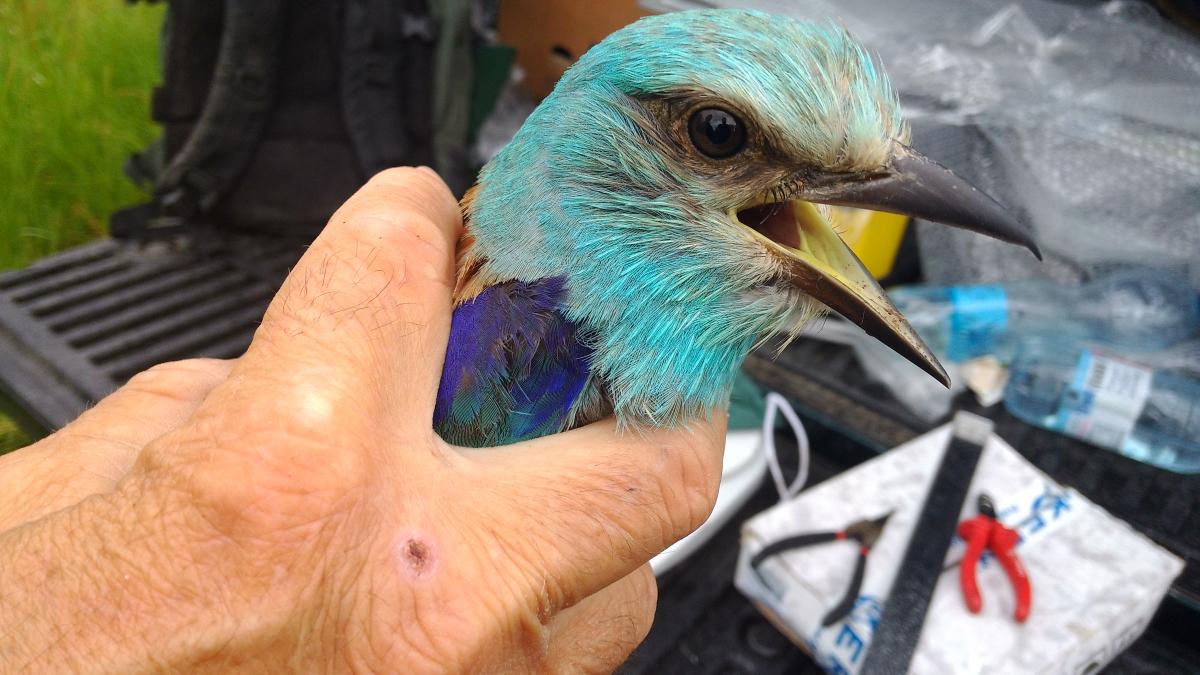 In the morning we also registered a red-footed falcon nest in a box missing the lid. Red-footed falcons prefer such nest sites that are not appropriate for rollers any more. A box with the lid off is ideal for falcons to breed in. 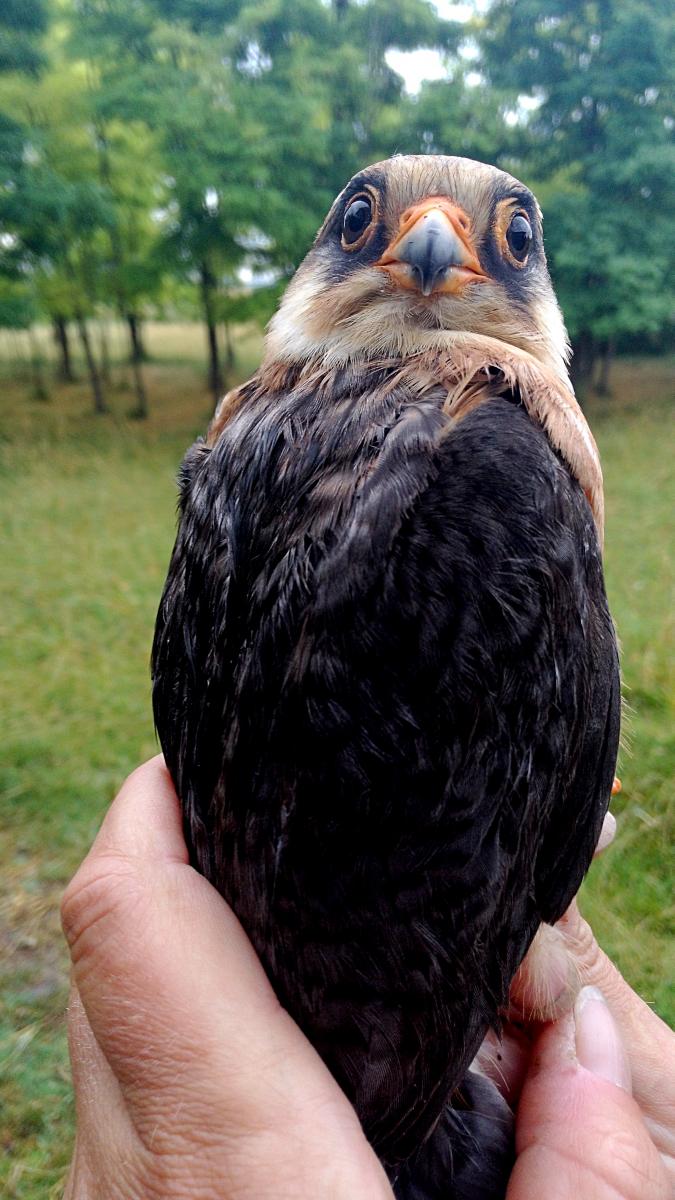 At the beginning of the breeding season, when the boxes only have eggs or very young chicks, conservation action targets the ringing of the adults. Once the incubation is over, the parents are really hard to trap, as they hardly spend time in the nest, they only visit to pass food to the chicks. This is the time to ring the nestlings. Ringing adults is very important, as their survival rate is higher than that of first-year birds. Due to their higher life expectancy, adults provide more data on the population. 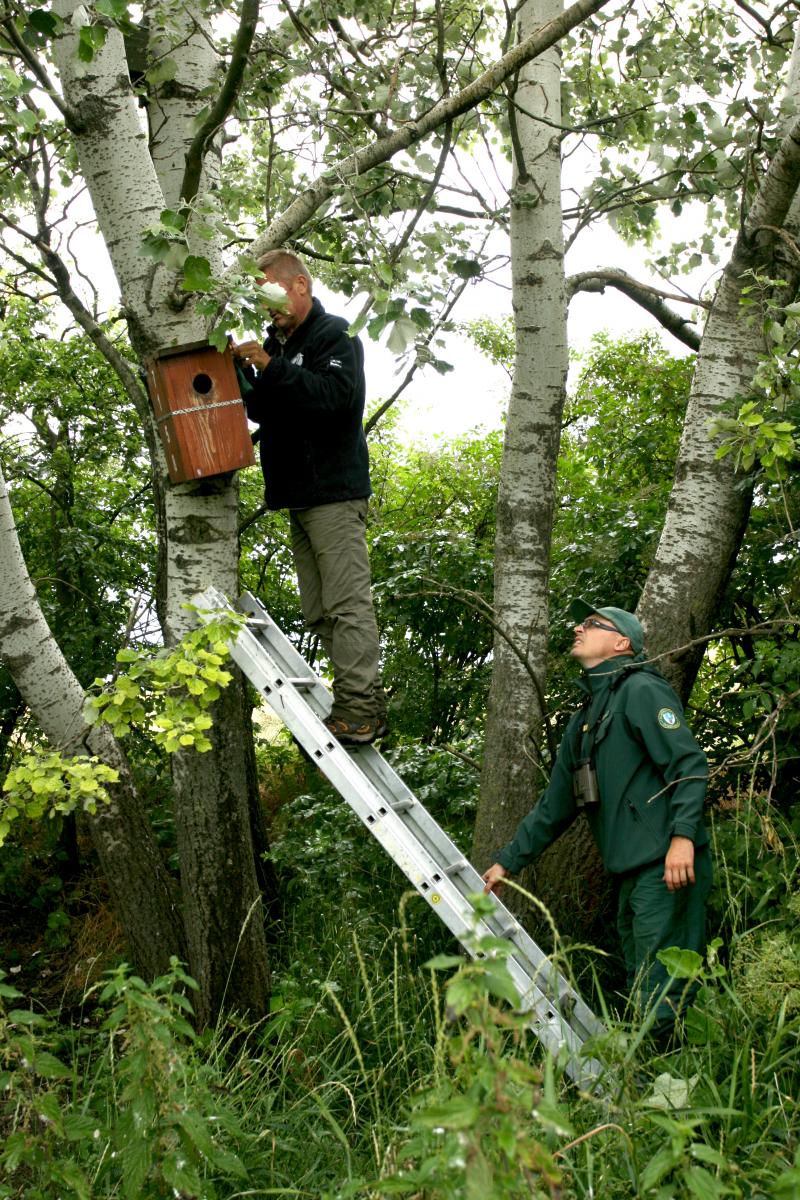 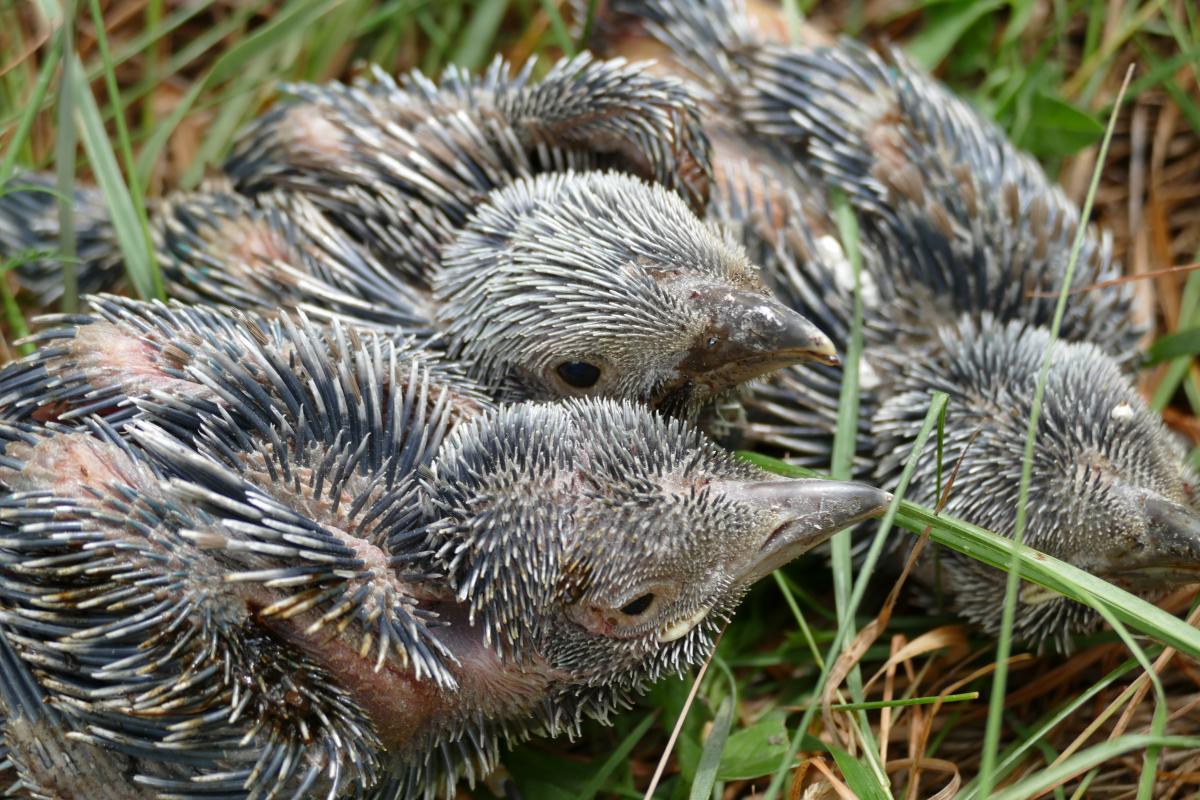 Chicks  can already be ringed when they reach this age (Photo: Péter Pál Sütő).

Rollers will be ringed with 3 different types of rings as part of the project. One of them is the traditional aluminium ring. Another is a coloured plastic ring with large print on it to aid identification from a distance. The third type is a smaller plastic ring that indicates the geographic region of ringing. Using the combination of the three rings, birds can be identified without trapping, simply by hand-held binoculars or a telescope. 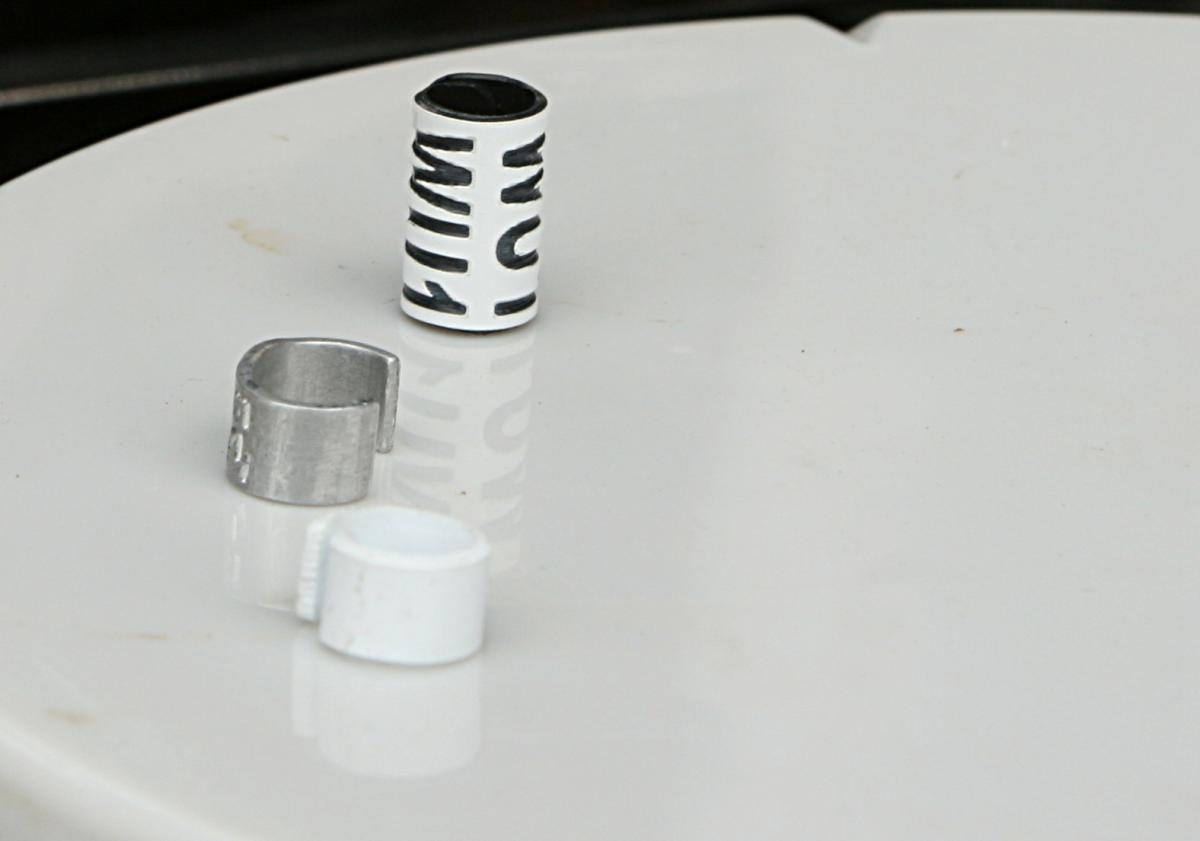 Ring combination of a bird from the Szabadszállás region (Photo: Gabriella Göcző).

Rollers prefer areas with grazing livestock, as the short sward makes hunting easier for them. As a consequence of this phenomenon, we came across several flocks of sheep on our field trip, and one of them completely surrounded our team, seemingly oblivious of us.

A sheep even tasted the LIFE logo on the vehicle (Photo: Gabriella Göcző). 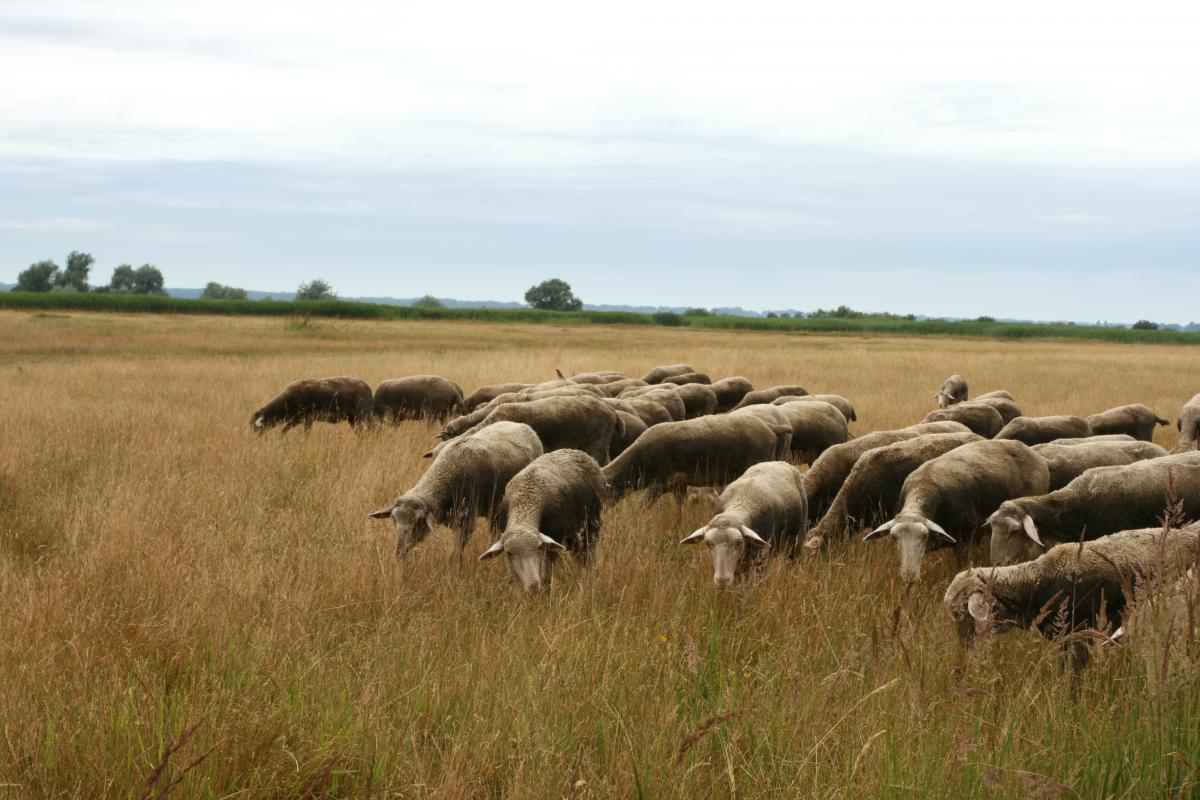 The last nest box of the day also had a clutch. We managed to take a few pictures of the parents busily feeding their young. 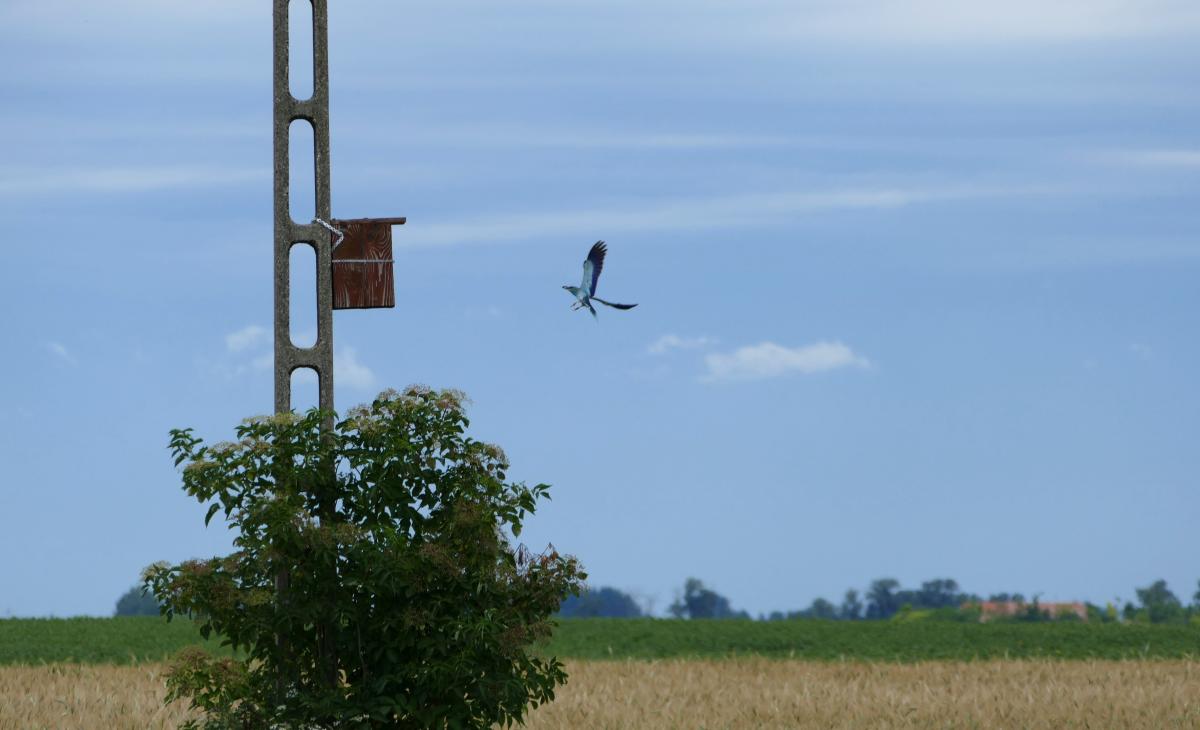