New satellite information on the migration of Hungarian rollers

The bird named „Hadnagy” received its tag in the summer of 2017. The tag was working until the middle of last month, but we haven’t received any signal for the past few weeks. We started to worry that the bird died at the southern Sahara, but luckily tha tag started to send data again 2 days ago. We were exceptionally happy to see that “Hadnagy” is in Turkey already, taking the same route as he did in the autumn, instead of the usual loop migration. 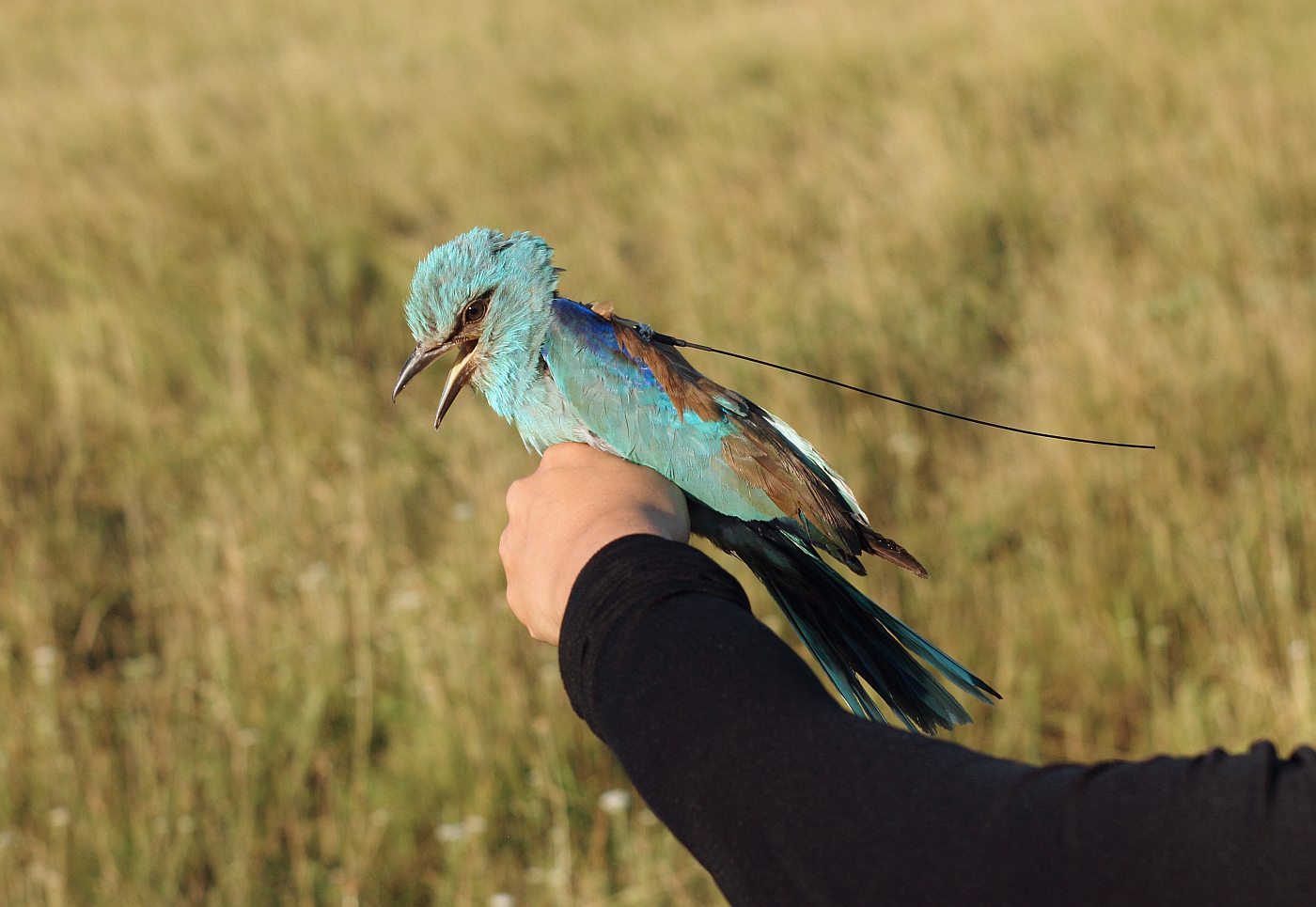 Roller populations are radically declining throughout Europe, and the species is now extinct from many Western European countries. The population within the Carpathian Basin is relatively stable, and thus its protection is of outstanding importance for the survival of the species within the European Union. The experts of the LIFE+ project titled ‘Conservation of the European roller within the Carpathian Basin’ led by BirdLife Hungary (MME) installed satellite tags on new birds in the summer of 2017 (http://rollerproject.eu/). These devices weigh 4.5 grams, less than 5% of the bird’s body mass, thus not hindering them in their daily activities, but providing scientists with valuable information. Migrating birds face many threats, many of the older, experienced birds parish during the long journey. This is why we’re incredibly happy when our tagged rollers return safely. 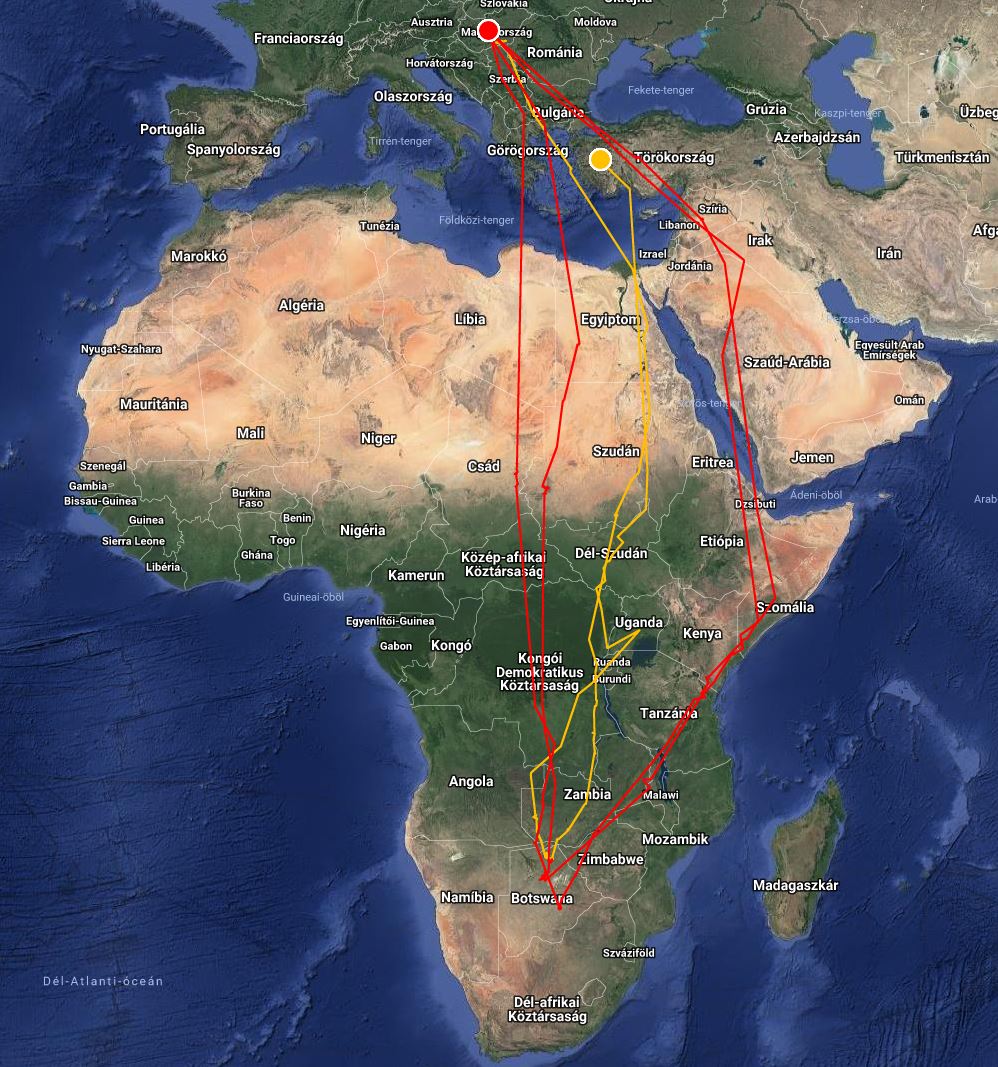 Tthe route of our active rollers "Eleven" and "Hadnagy" (Source: http://satellitetracking.eu, click on the image for an interactive map).

The bird named „Eleven” returned from Africa a month earlier than last year, on the 7th of May. It uses the same nestbox as it did for the past 3 years. „Eleven” is the first Hungarian roller that completed the whole migration twice. Both of the two journeys took a very similar route. 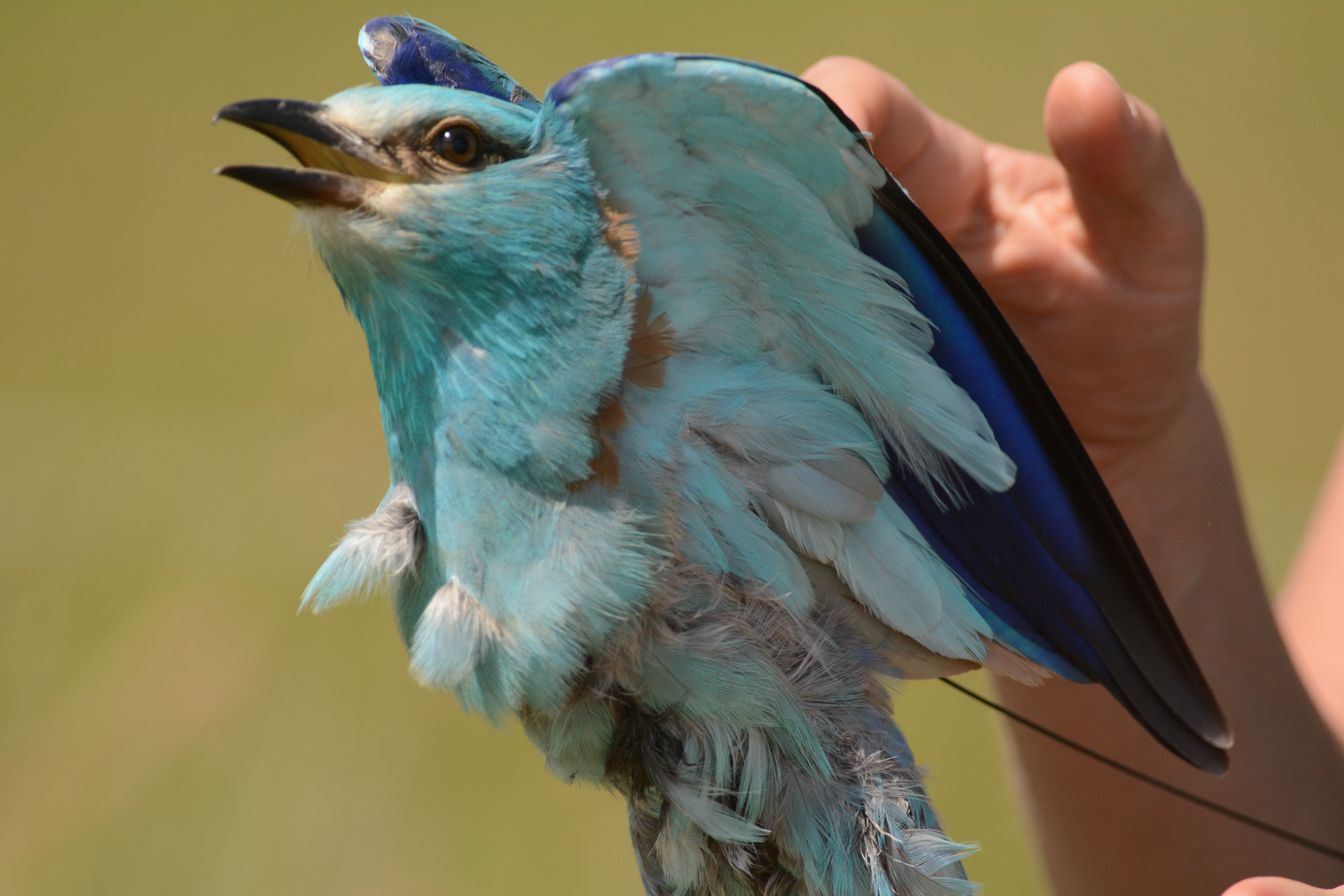 Freeing "Eleven"  after the installation of the satellite tag in 2016 (Photo: Csaba Lendvai).

According to the signals from the tags, the spring and autumn routes of our rollers differ remarkably: they do a so called ‘loop migration’ that is typical to long-distance migrants wintering at sub-Saharan locations. The spring route lies about 1000-1500 km to the East from the autumn route as the birds crossed over Saudi Arabia, Iraq and Syria on their way back from Africa. The route chosen by „Hadnagy” is essentially different from this, helping us gain more knowledge and understaning about the behaviour of the species. „Hadnagy” is already in Turkey, arriving home within a few days. Follow his journey: http://rollerproject.eu/en/content/satellite-tracking.