What do rollers eat? Food remains and other delicacies from the nest boxes

In order to be able to protect a species, we also need to protect its prey species and their habitat. As part of the dietary research on rollers, we record food remnants found within the nest boxes. These data have already provided us with a lot of information concerning the diet of rollers but they still hold some curiosities.

The roller is a typical sit-and-wait predator thus making it easy to observe it in the field with binoculars. A roller with its most frequent prey type – a great green bush-cricket – is a typical sight in Hungary and as such, a common theme of many photographs. 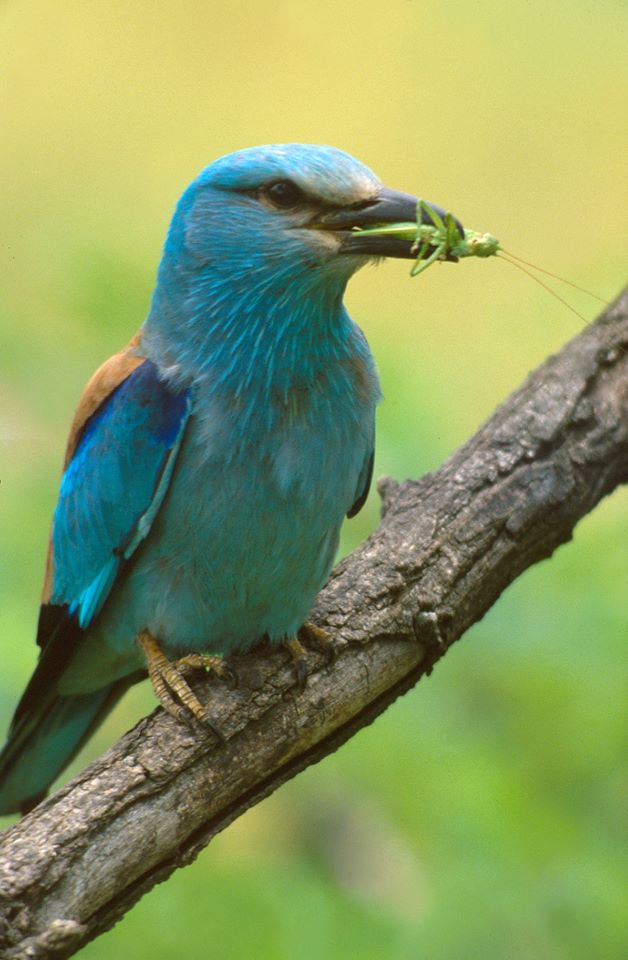 A roller with its prey (Photo: Tamás Szitta).

Inside the nest boxes, there are almost always some prey remains to be found: most often an elytra, but sometimes even the intact prey item brought to the nest by the parents. However, insects are such a diverse class that identification in the field is not easy and often requires specific expertise. 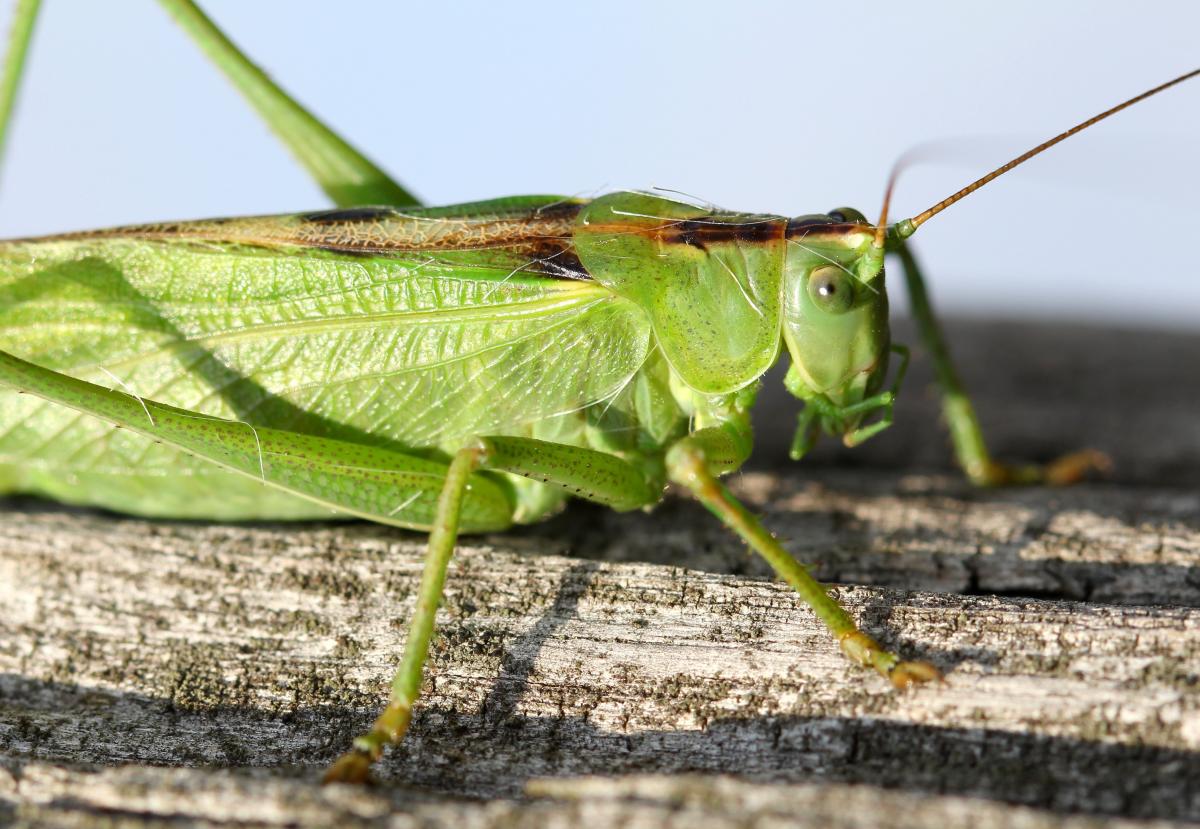 As we have already mentioned it above, the green bush-cricket is the most frequent prey species among the orthopterans. Apart from this, we did record the occurrence of the remains of mole crickets, the wart-biter and other species of tettigonids and locusts. As for beetles, we most often found the remains of carabids, long-horned beetles, scarabids, histerids, rhinoceros beetles and Pentodon idiota. 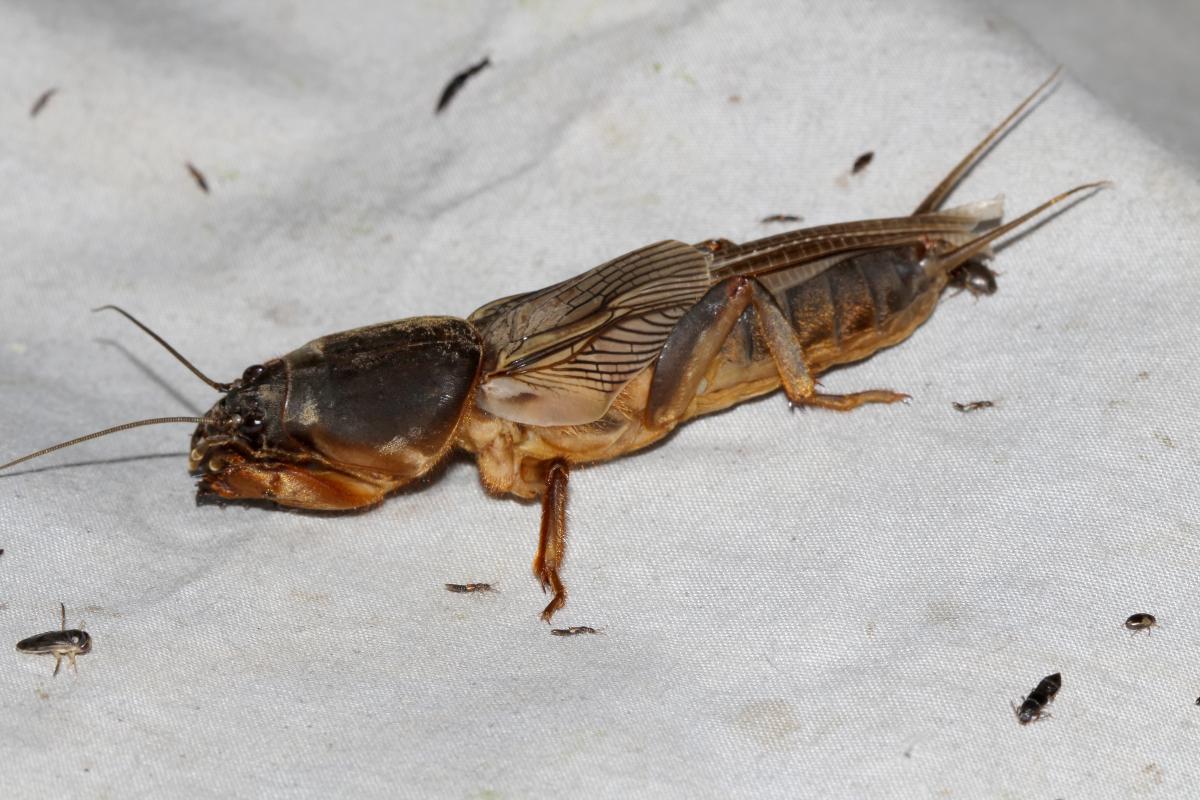 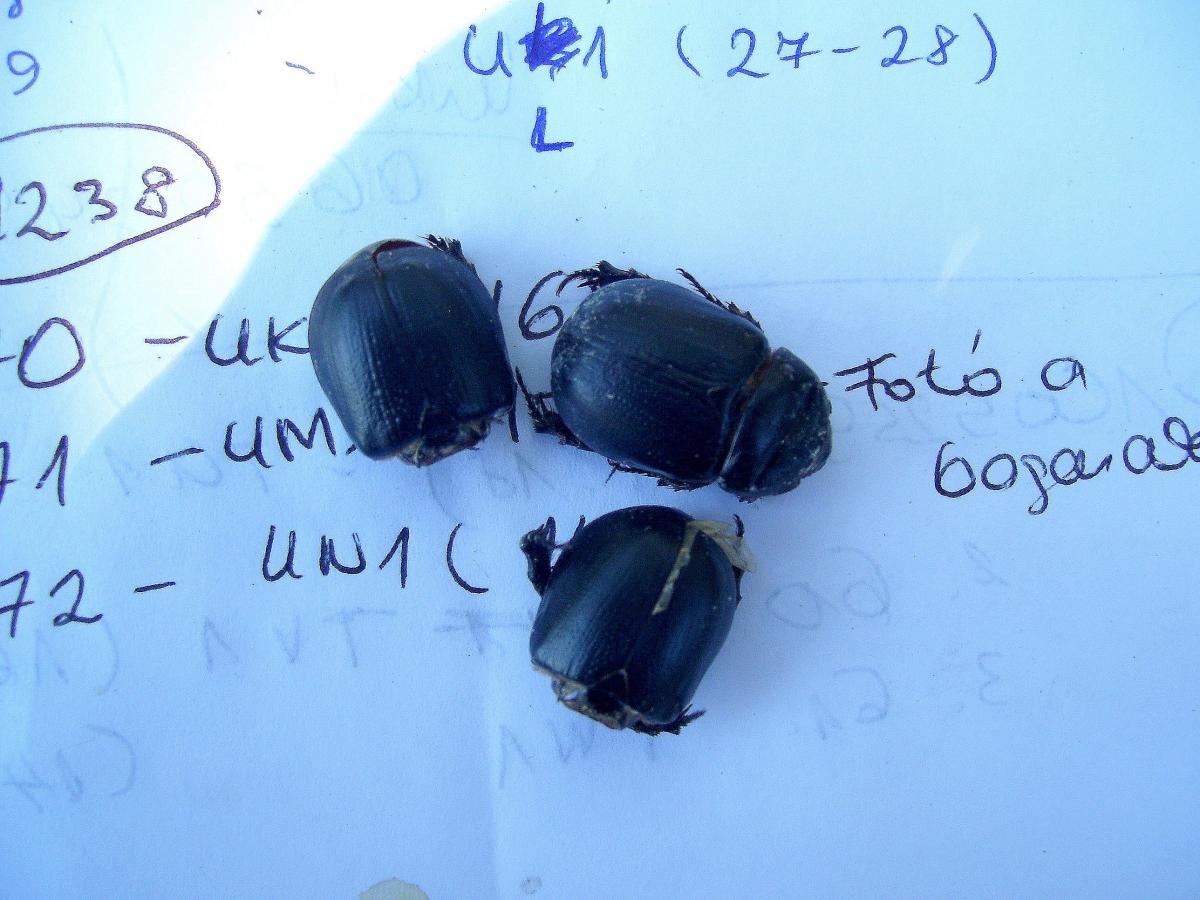 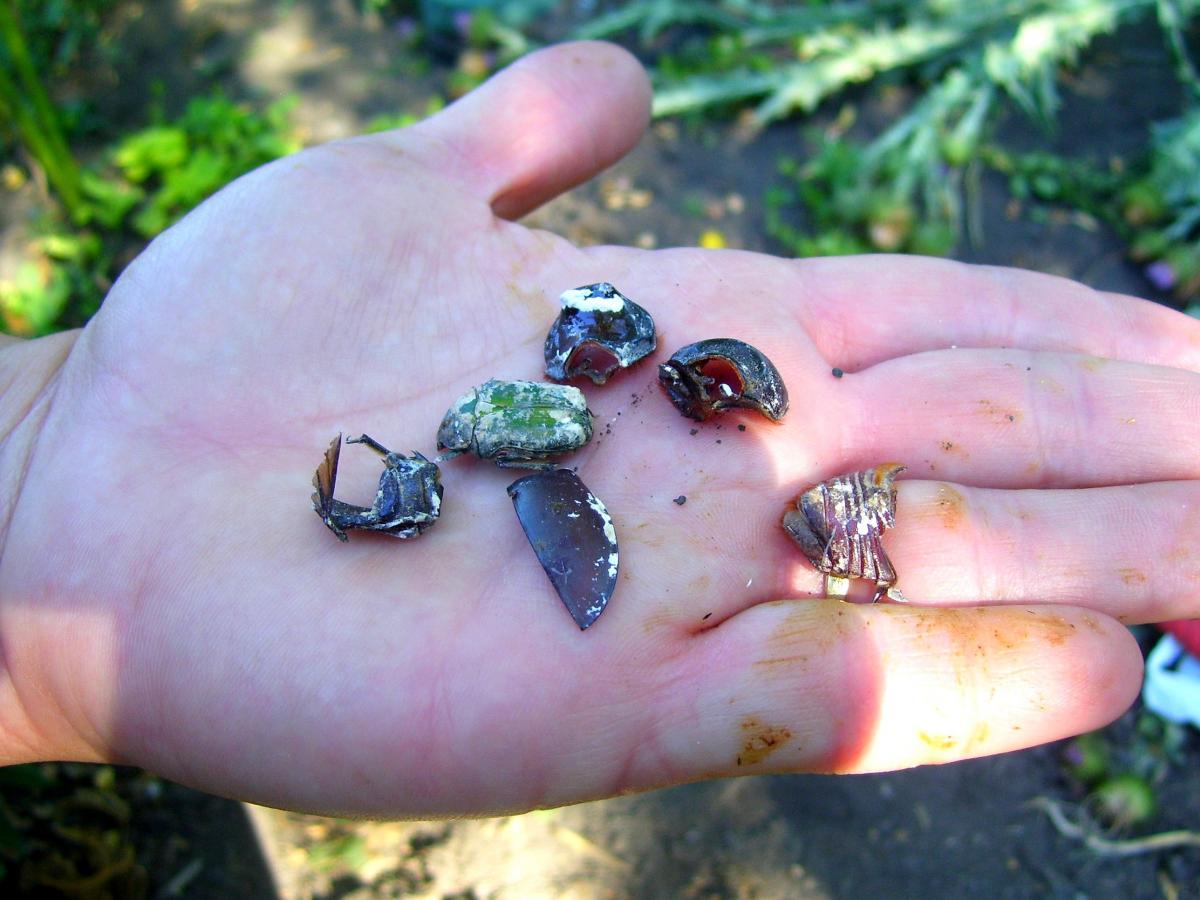 The investigation of prey remains from the nest box is all the more important because it also provides information on the occurrence of Natura 2000 species. For example, the elytra of stag beetles were found at many locations.

The remains of flower chafers were also a typical sight in roller nest boxes. Some of these beetles are also protected and we did record the occurrence of Netocia speciosissima and the rare N. ungarica. 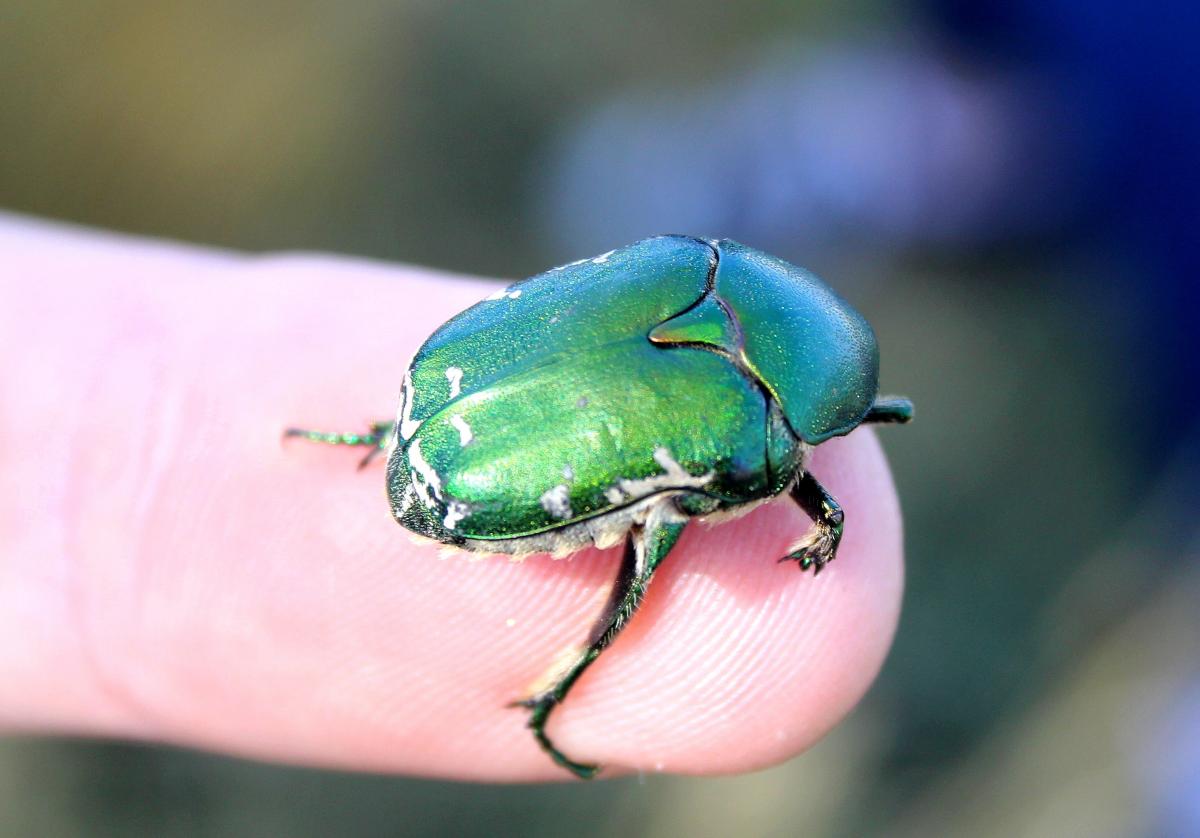 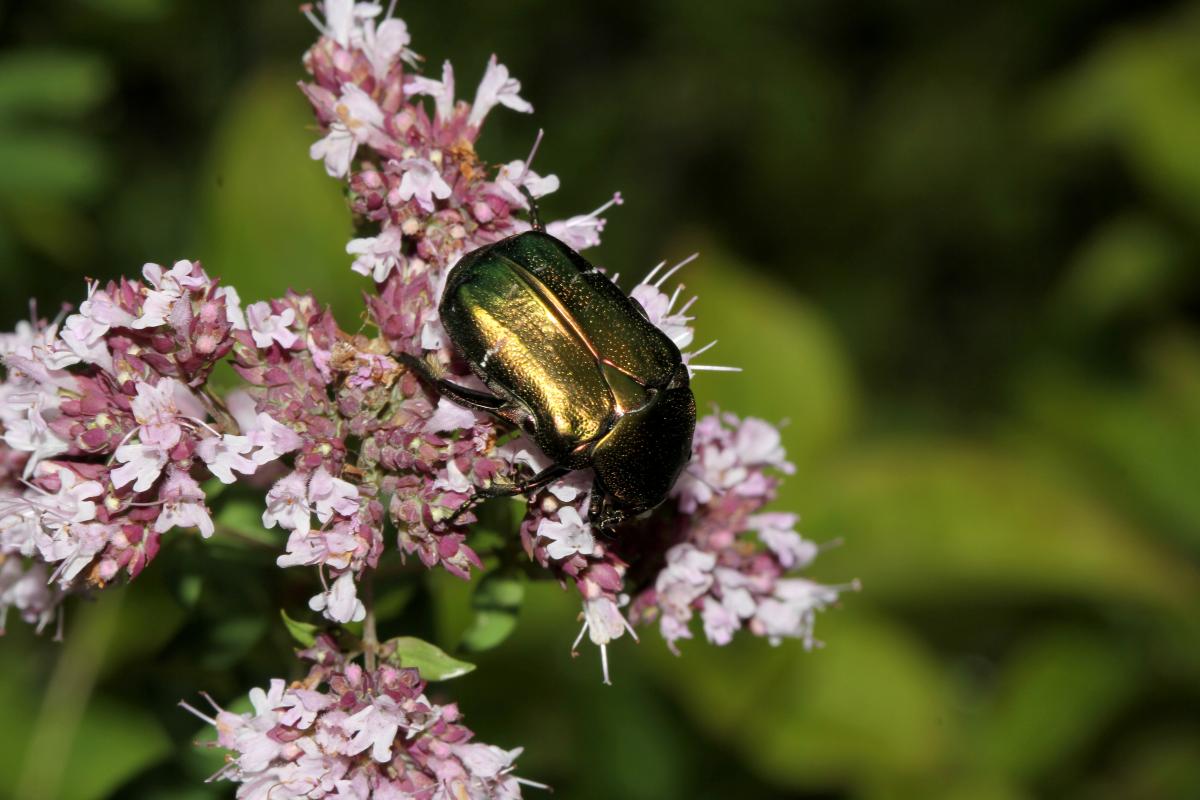 As for reptiles, we did record grass snakes and sand lizards in several nest boxes – a representative of the latter was just being digested by a nestling at the time of nest control. Rollers feeding on frogs have also been captured on photographs. 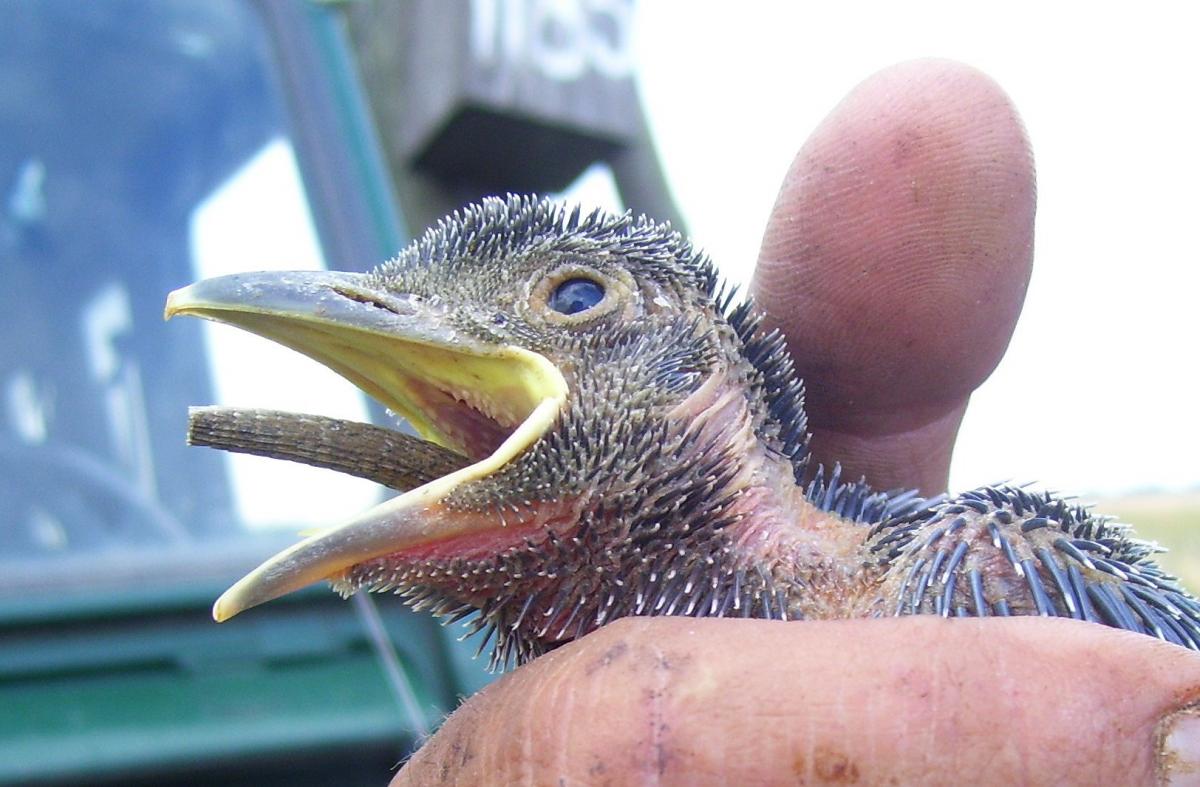 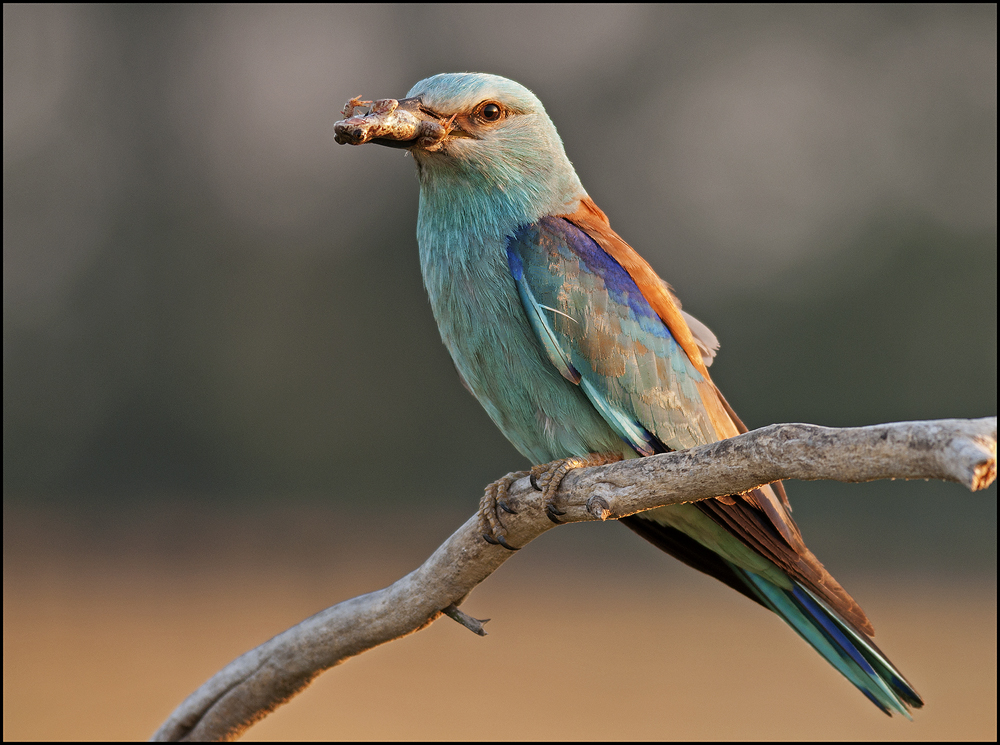 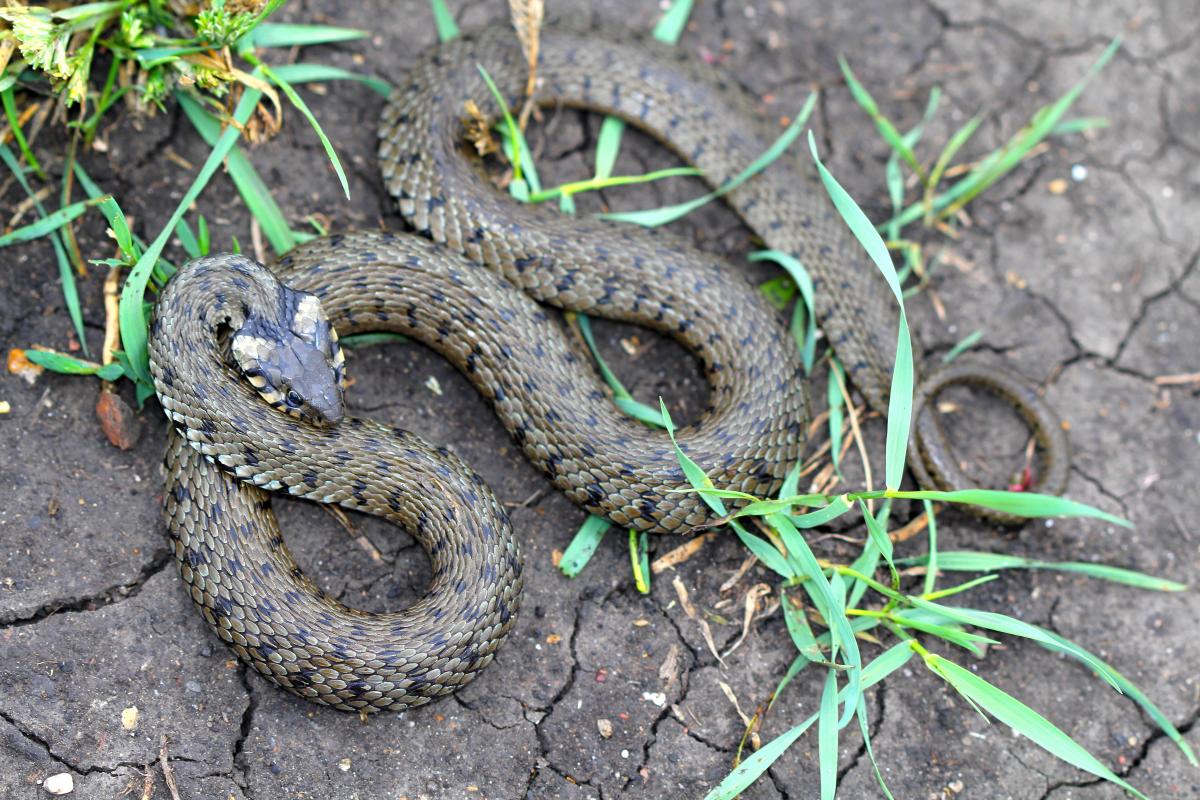 The diet also includes small mammals: mice and voles can be captured by rollers. Identification can be a bit problematic if only bones are found in the boxes. It is interesting that the nestlings lose interest if the carcass drops to the bottom of the box, they simply do not perceive it as prey any more. This allowed us to find an intact common vole in one box. 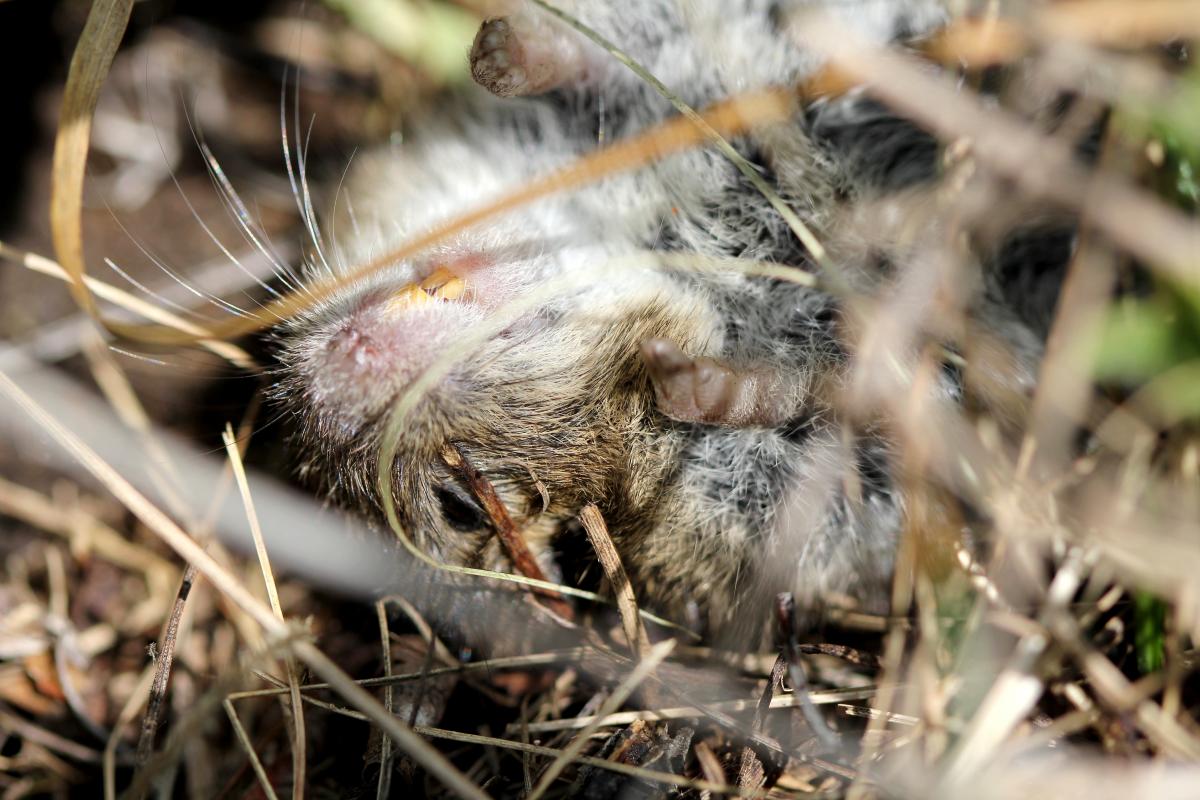 Nest boxes also hold other interesting items such as rocks, pebbles and lumps of soil. These are probably hoarded inside in order to improve porosity within the nest, possibly so are the shells of snails. In one nest box we found a large number of ramshorns, which made us think that there must have been a dried up lakebed nearby.

Unfortunately, artificial object are also commonly found in nest boxes. Adult birds may pick up bits of porcelain, mortar or glass which do not pose such a threat as do baling twine in which nestlings often get tangled, and die consequently. There are ample data concerning the lethal outcome of birds’ nests containing baling twine across the country. Luckily there are a few examples of ornithologist arriving on time to free the birds. 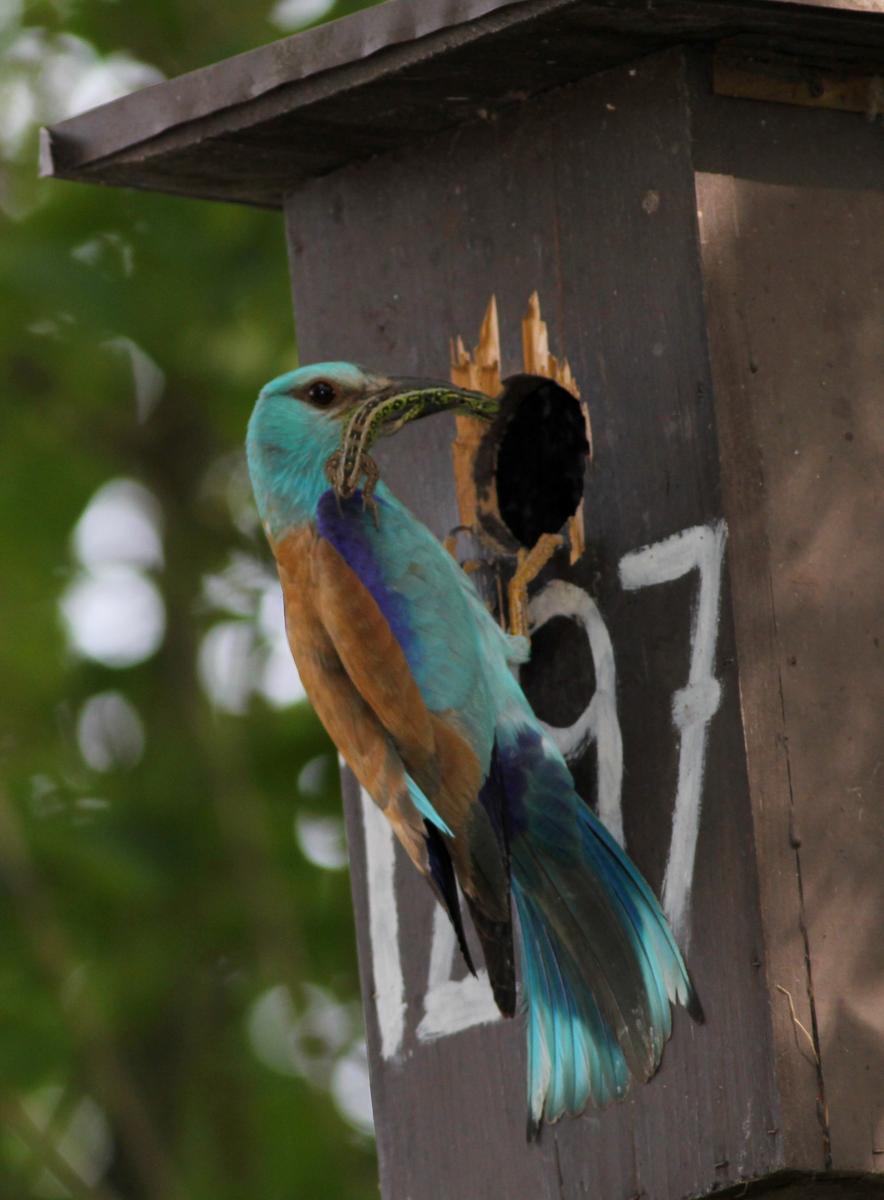 Back from the ‘hunt’ (Photo: Tamás Szitta).

All in all, we can say that recording such data contributes significantly to our knowledge on the diet of rollers. We must also stress the importance of expertise and lab facilities that are necessary for the identification of certain prey types and remains.

This report was compiled from the data collected in 2014-2015 at several field locations across the Borsodi Mezőség (Bükk National Park Directorate, Hungary). We received help from Gerhard Golen (thesis work) and Róbert Enyedi.