Roller numbers are declining significantly across Europe and the species has already become extinct in several Western European countries. With this is light, it is very important to protect the stable population of the Carpathian Basin to ensure the species’ future within the EU.

The migration routes and wintering grounds of our rollers were almost completely unknown. The traditional method of ringing and recapture only provided a small amount of data over the last 100 years, which is clearly not enough if we want to understand the threats rollers face during migration and wintering. 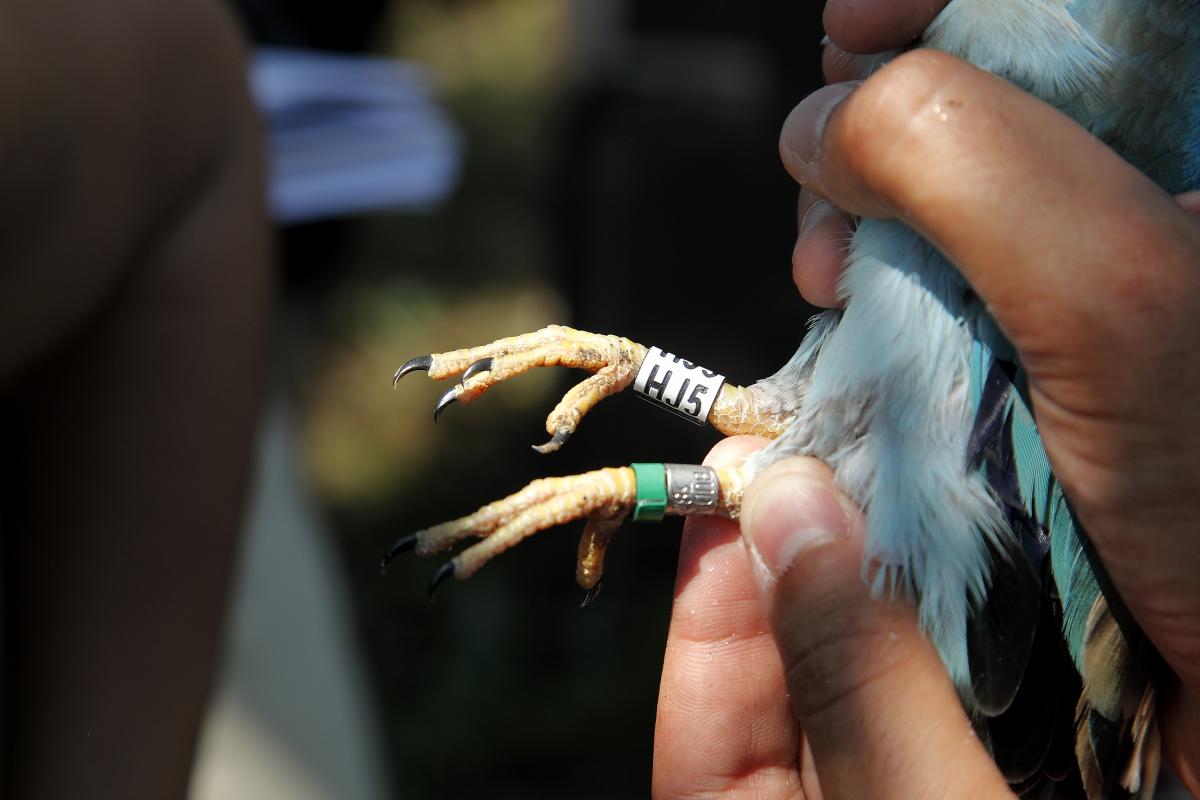 Rollers only spend about four months in Europe each year, the majority of their time is spent on spring- and autumn migration, and wintering in Africa. During the almost 10.000 km long journey they face many challenges and a large number of birds perish due to illegal hunting, degradation of stopover and wintering sites, food shortage and global climate change. Better understanding the exact location of the migration routes could help us reduce these threat factors and could potentially lead to attaining legal protection to the most important wintering sites. 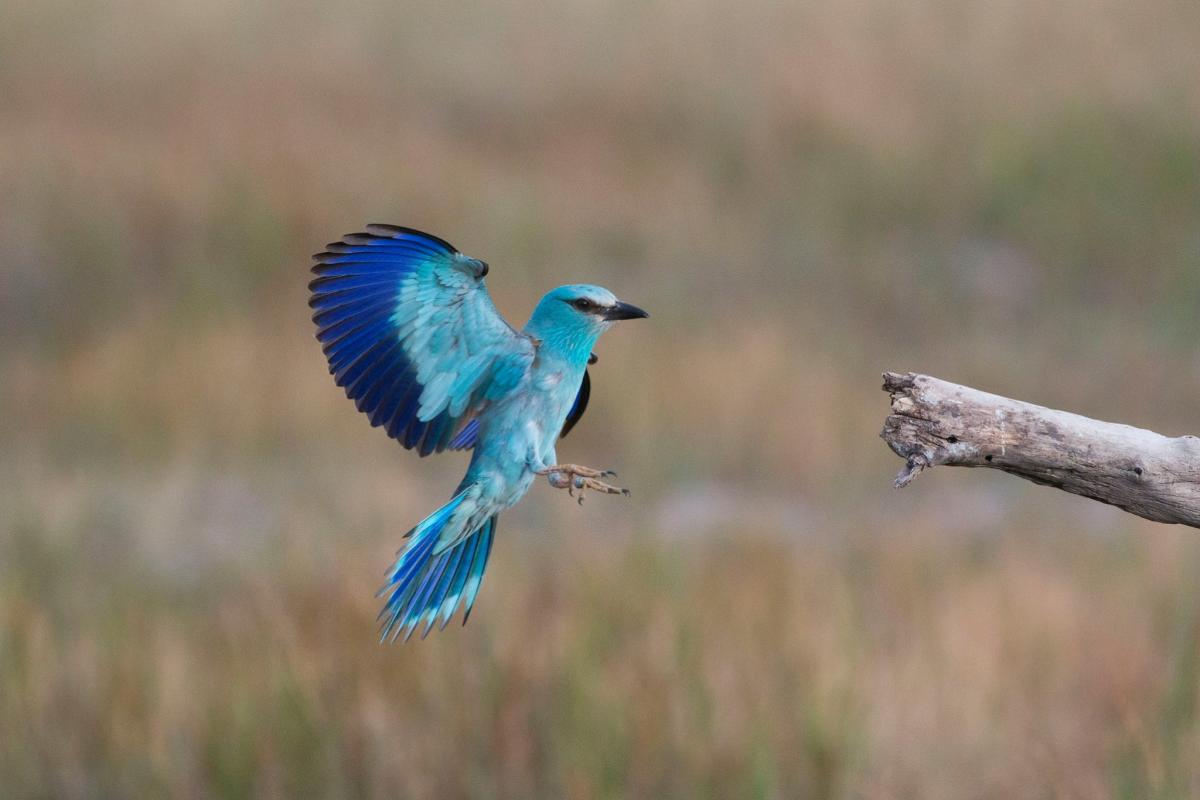 Experts from BirdLife Hungary (MME) applied satellite transmitters to 4 adult rollers within the framework of the “Conservation of the European roller within the Carpathian Basin” LIFE+ project. The satellite tag weighs only 4.5 g, less than 5% of the body weight of the birds. In 2016 the number of rollers tagged as part of the project will grow by 4.

Two out of the four transmitters have stopped working after a short period of time. We could only observe the movements of these birds („Kacor” and „Levente”) whilst they were on their breeding sites, in Hungary.

The incredible  journey of „Pétör” and „Csele” was followed all the way down to Africa. Both birds left Hungary in the first week of September, and a week later they were already on the savannas, south of the Sahara, some 4000 km away from their breeding grounds. The wooded grasslands provide ample amount of food and shelter after the late summer rains. Rollers remain here for about 6 weeks, until the beginning of the dry season. The migration speed of the birds changes with the quality of the habitat they’re tavelling through. The harshest the environment (for example in deserts) the quicker the birds fly. 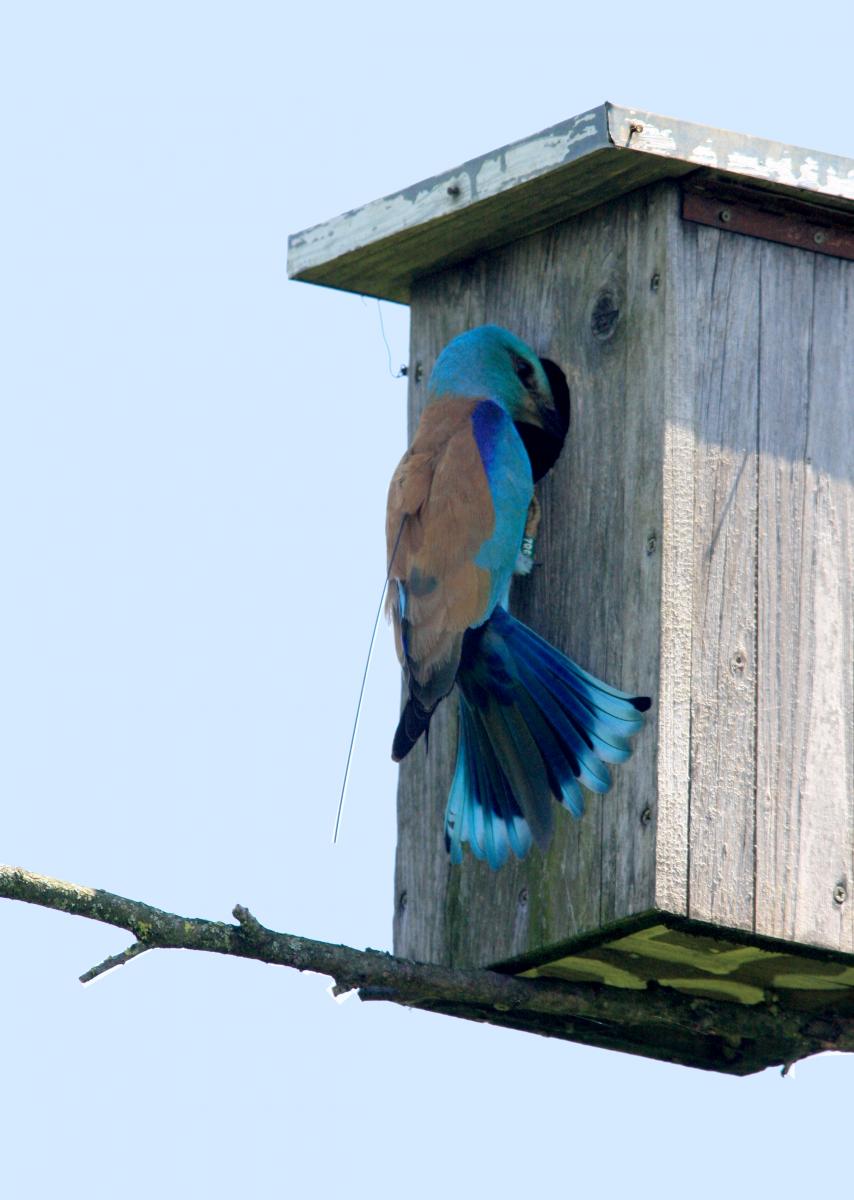 „Pétör” and „Csele” have continued their southward journey. They’ve crossed the rainforest region within a few days, but they’ve slowed down once they were on the southern savannas. They’ve reached their final wintering sites in Namibia and Botswana, north of the Kalahari desert by the beginning of December. 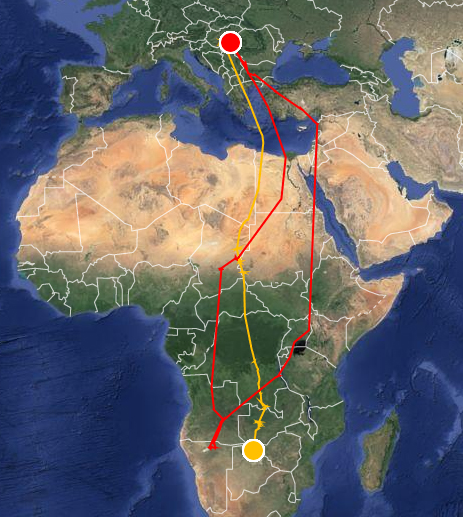 The migration route of "Pétör" and "Csele"  - click on the image to continue to the satellite tracking site.

With the help of satellite transmitters, the exact route and the main stopover sites of the Carpathian Basin’s population will be understood. Birdlife partner organizations of Serbia, Bulgaria, Cyprus and Israel also take part in the project. Based on data evaluation, the newly discovered stopover sites will be mapped by experts of local organizations in order to reveal threats for rollers. Given the threatening factors, partner organizations can take the first steps to protect rollers on their flyways by raising the awareness of the local community and decision makers.

„Pétör” has arrived to Hungary on the 20th of May. Soon after, he found a pair, and occupied a territory. „Csele” is still in Botswana, we’re expecting her to come back with the second migration wave. 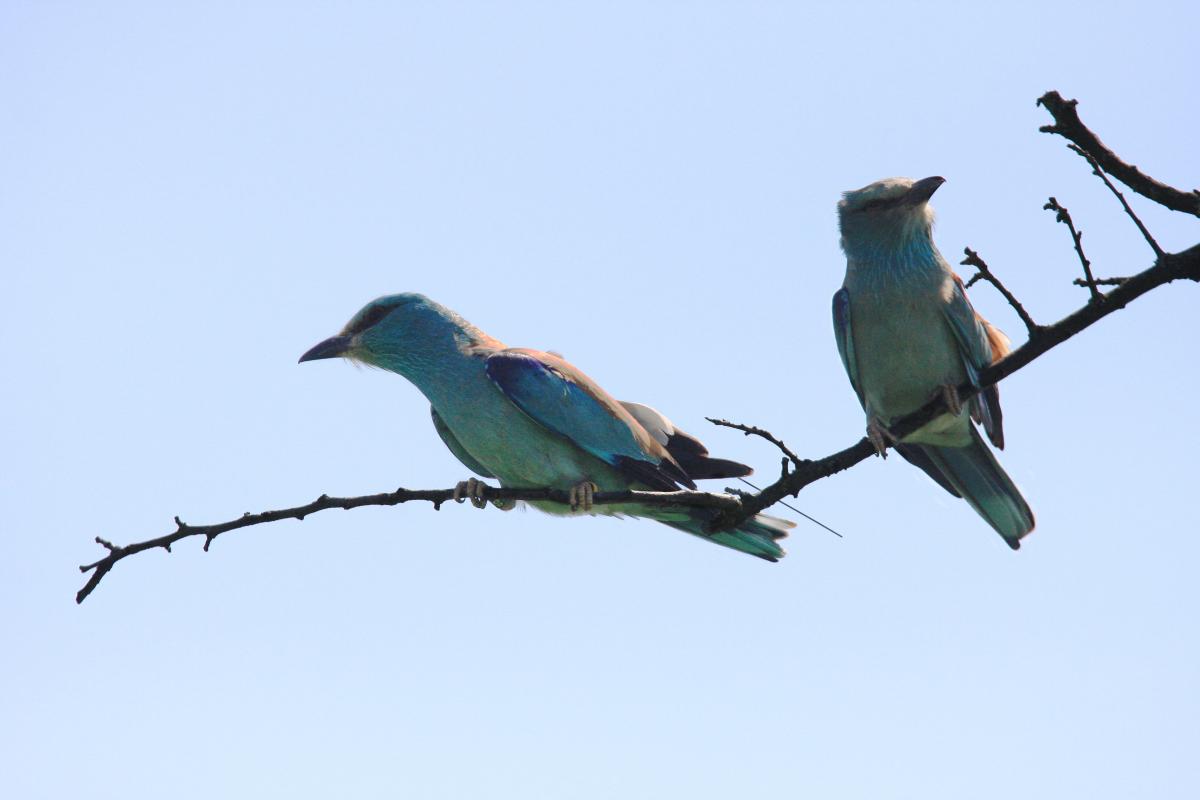 Apart from getting to know the exact migration route, we’ve also learned that the 7000 km long journey takes a month longer in the autumn (3 months), than in the spring (2 months). The main reason for this difference is that the birds are trying to reach their breeding grounds quickly, in order to occupy the best territories and raise healthy and strong chicks.