By means of colour rings, we have managed to identify another individual… 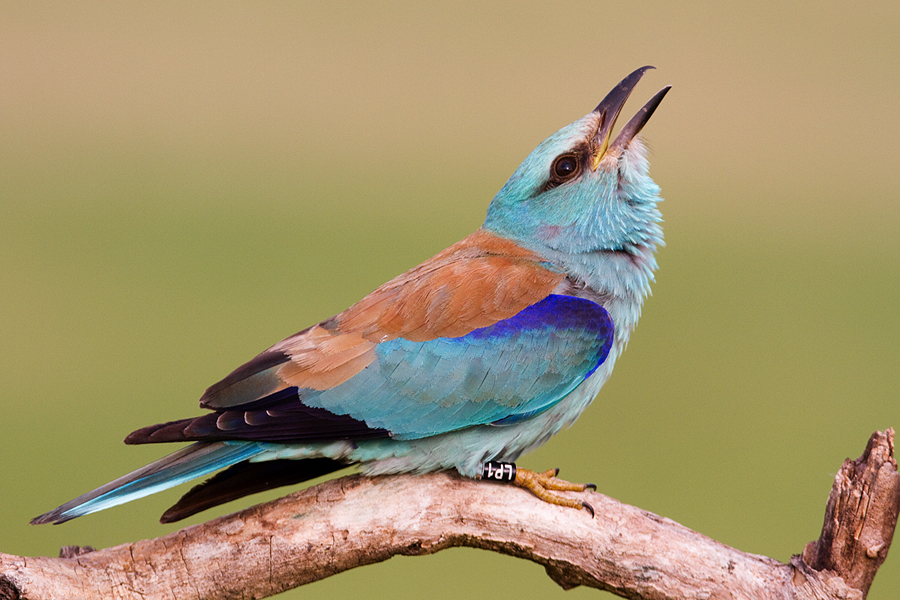 We have received a few photos of a colour ringed roller observed on the Borsod Plain, within the territory of the Bükk National Park Directorate, on 4th June, from Sándor Jakab. The colour ring code is clearly visible (LP1), making identification possible. This individual was ringed last June along with two other fledglings, at the age of 3 weeks, by Tamás Szitta. 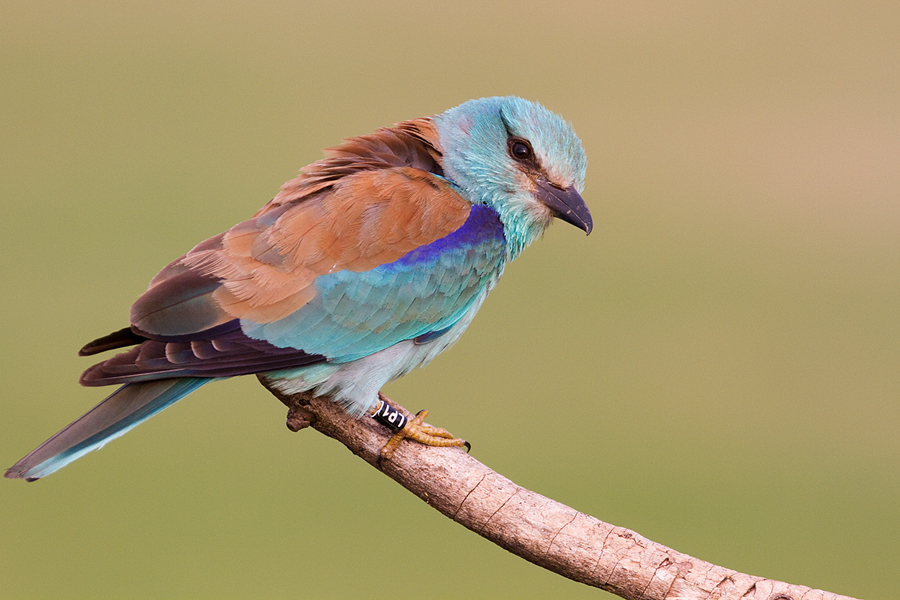 The first year bird is occupying the nest box it has hatched in (Photo: Sándor Jakab).

Another interesting fact about this bird is that it has returned to the same nestbox where it hatched last year, and it defended the nest site from a pair of rollers that had arrived earlier. We’ll have more information about his breeding success after checking his nestbox during the breeding season. 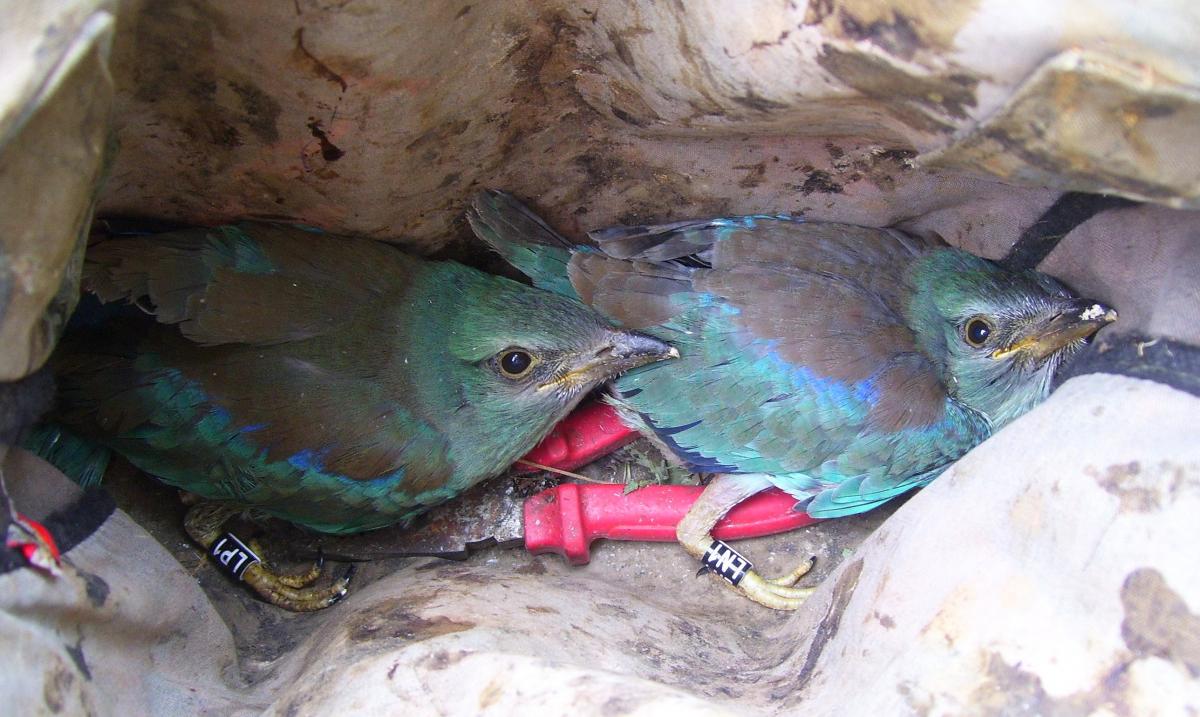 The ringing of LP1 as a chick last year (Photo: Flóra Hák).

By means of colour ringing, birds can be individually marked, and identified with the help of binoculars, or cameras. This can yield important data on roller behaviour without the need to capture the birds. Not only chicks, but adults are also colour ringed – they are more likely to survive the migration and return to their breeding site. 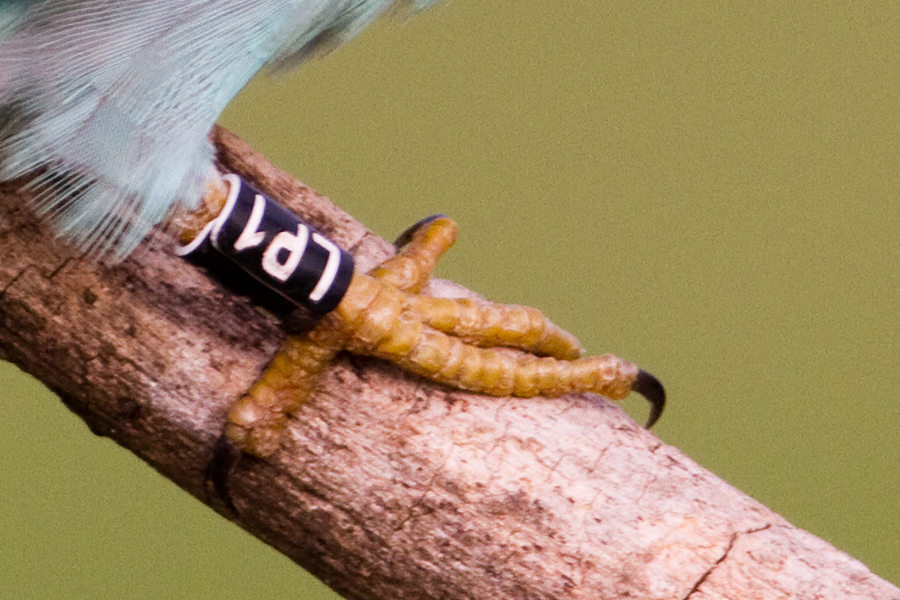 A good quality picture is enough to identify a colour-ringed bird- there is no need for recapture (Photo: Sándor Jakab).