The first depressing results of the powerline survey

The 12th powerline survey is being organised this year by BirdLife Hungary. The main objective of this programme is to assess, and map the damage to bird populations (lethal collisions, and electrocution) caused by the pylons and power lines.

Apart from precisely mapping un-insulated pole-tops, the efficiency of previous insulation solutions, and other protective equipment can also be surveyed this way. 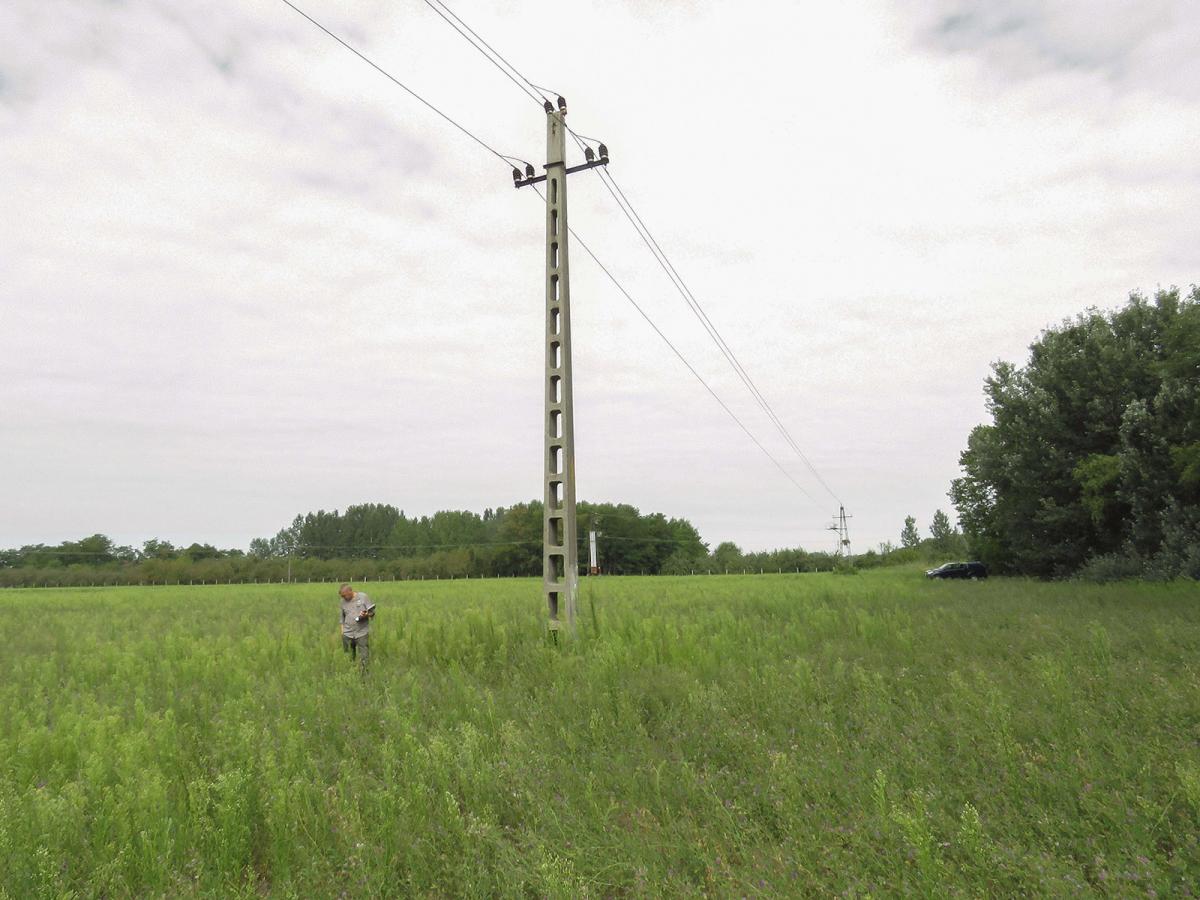 From the viewpoint of the EU LIFE+ project titled „Conservation of the European roller in the Carpathian Basin”, surveying roller habitats – and the Special Protection Areas concerned with conservation practices -  is of primary importance. Besides many other bird species, the roller is also threatened by electrocution on unsafe pole-tops. For this reason, the conflict map originally created by the BirdLife Hungary in 2008, shall be updated as part of the project. 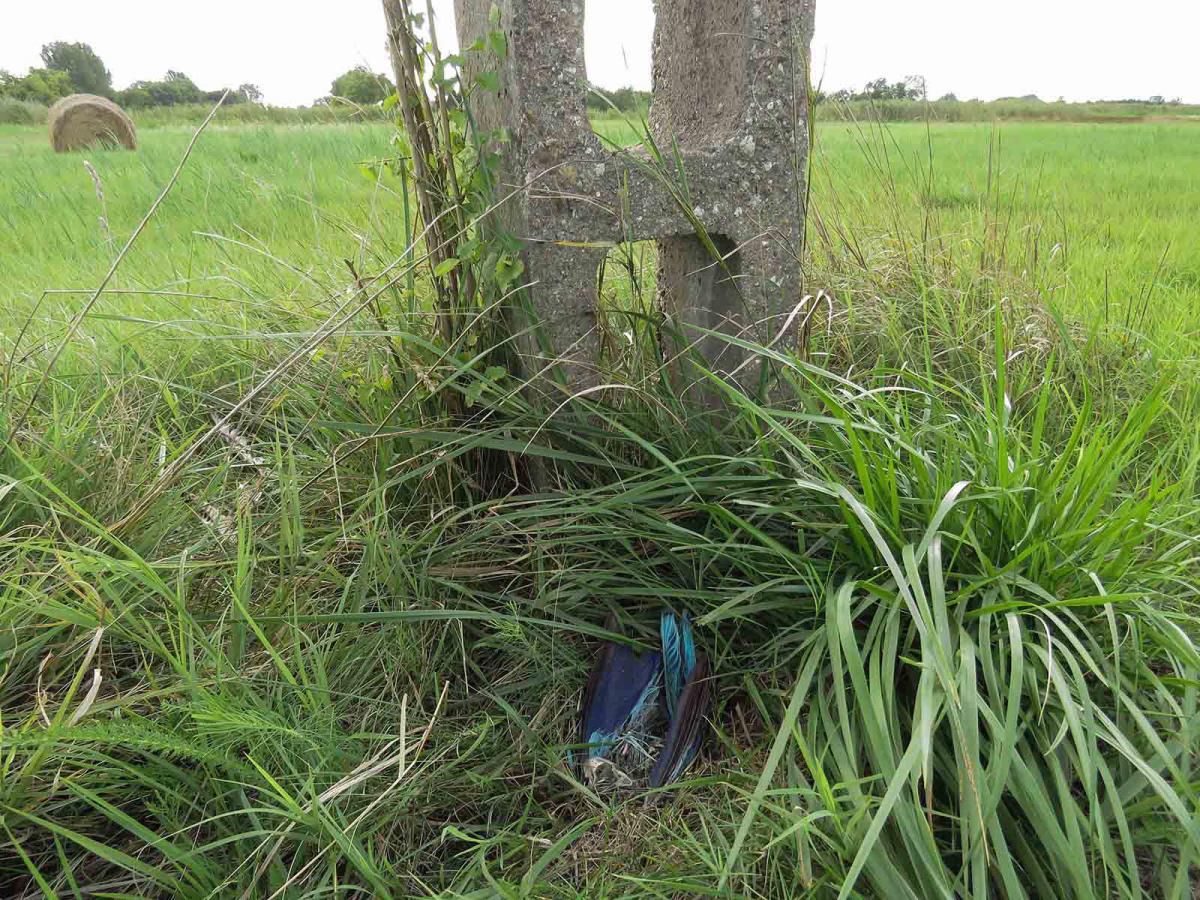 The carcass of an electrocuted roller (Photo: Balázs Csibrány). 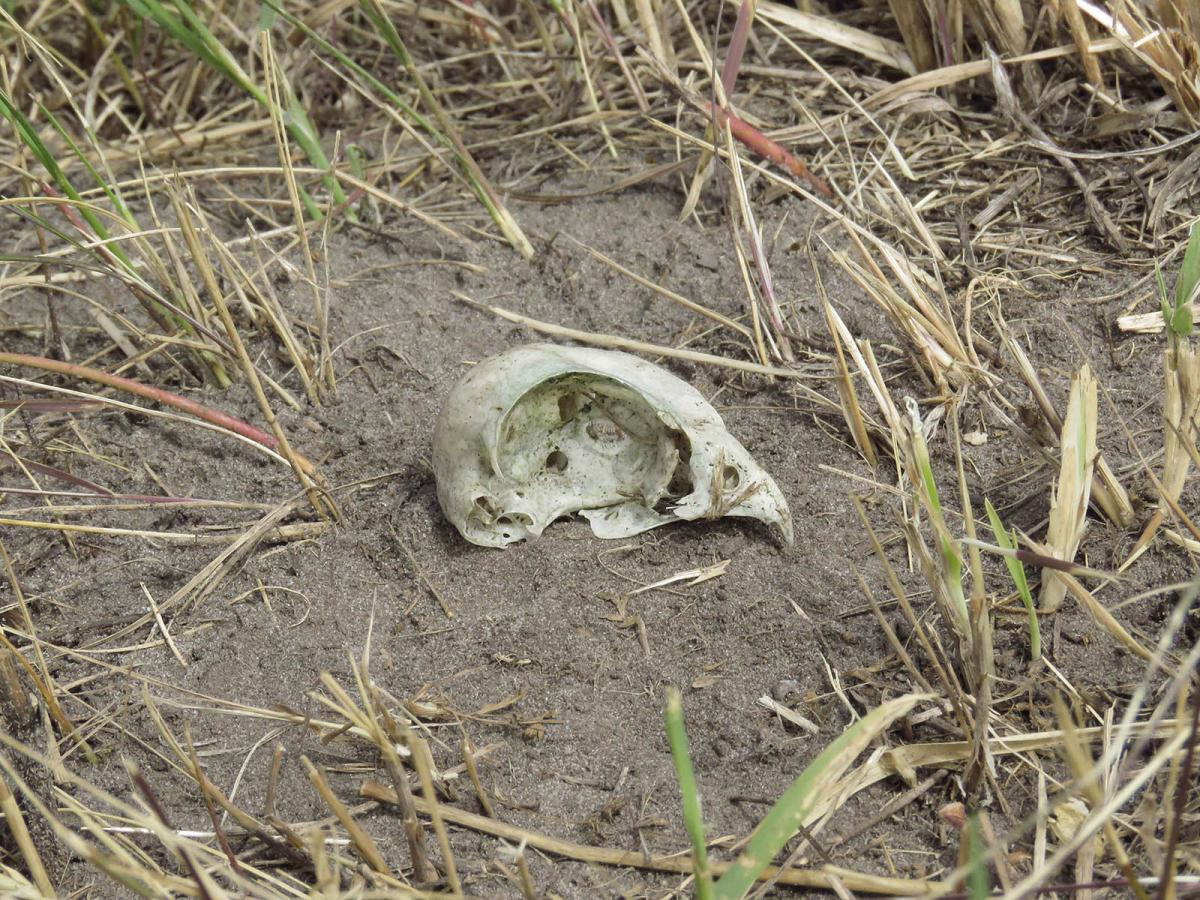 Unsafe pylons are a threat to many bird species. This pictures shows the remains of an electrocuted kestrel underneath a pylon. (Photo: Balázs Csibrány).

The first results of the surveys were unfortunately rather depressing. The first survey including less than 100 poles within the Balástya-Szatymaz SPA yielded six roller carcasses. Four birds were killed by the very same pole. One of them was identifiable by the colour rings on its leg: this individual was marked as a nestling in 2012, some 5 km away from this location. 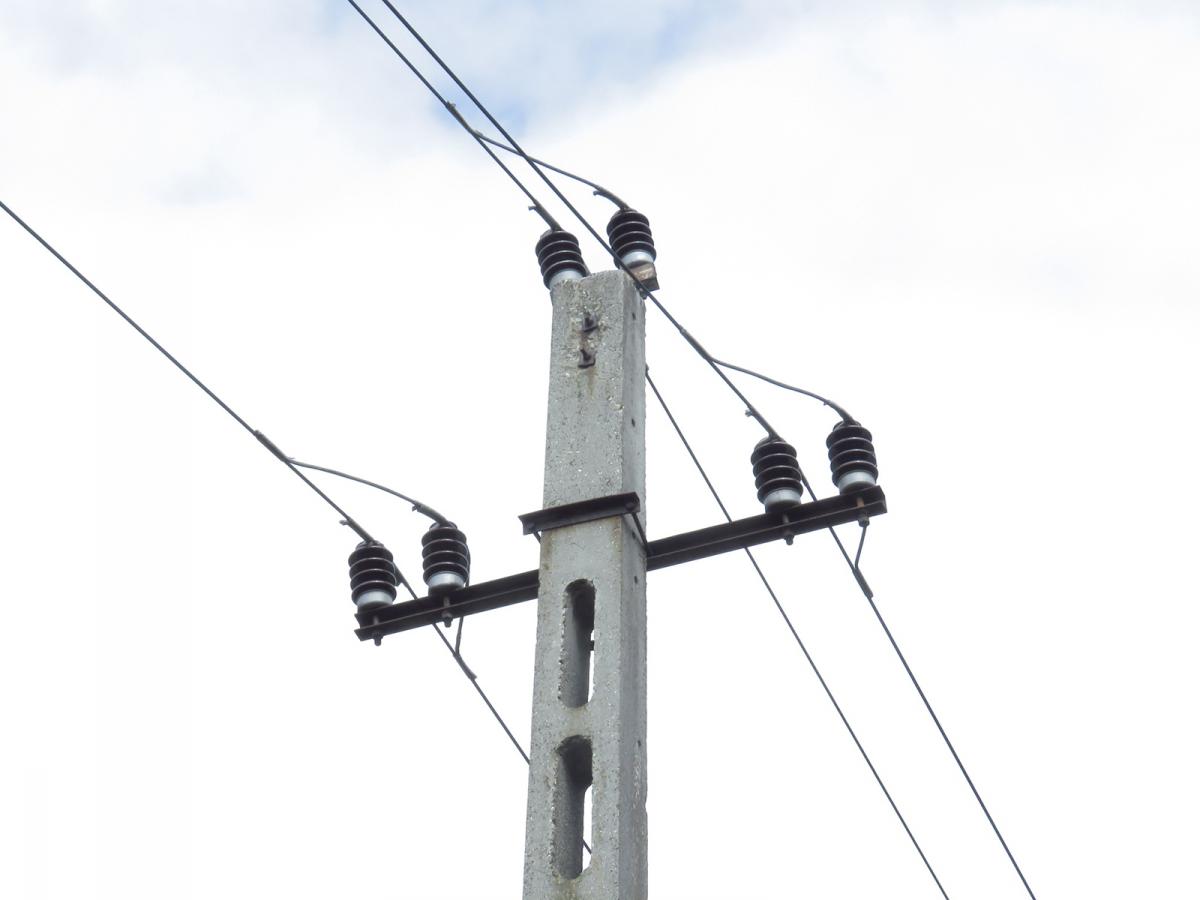 The deadly pole near Szatymaz. Uninsulated, like thousands of other pylons in Hungary (Photo: Balázs Csibrány).

The observations of electrocuted rollers were concentrated in rich foraging sites. Lethal pole-tops are typically those within grasslands, or lucern fields. We are kindly asking all volunteers participating in the national powerline mapping programme to survey as many roller habitats as possible. 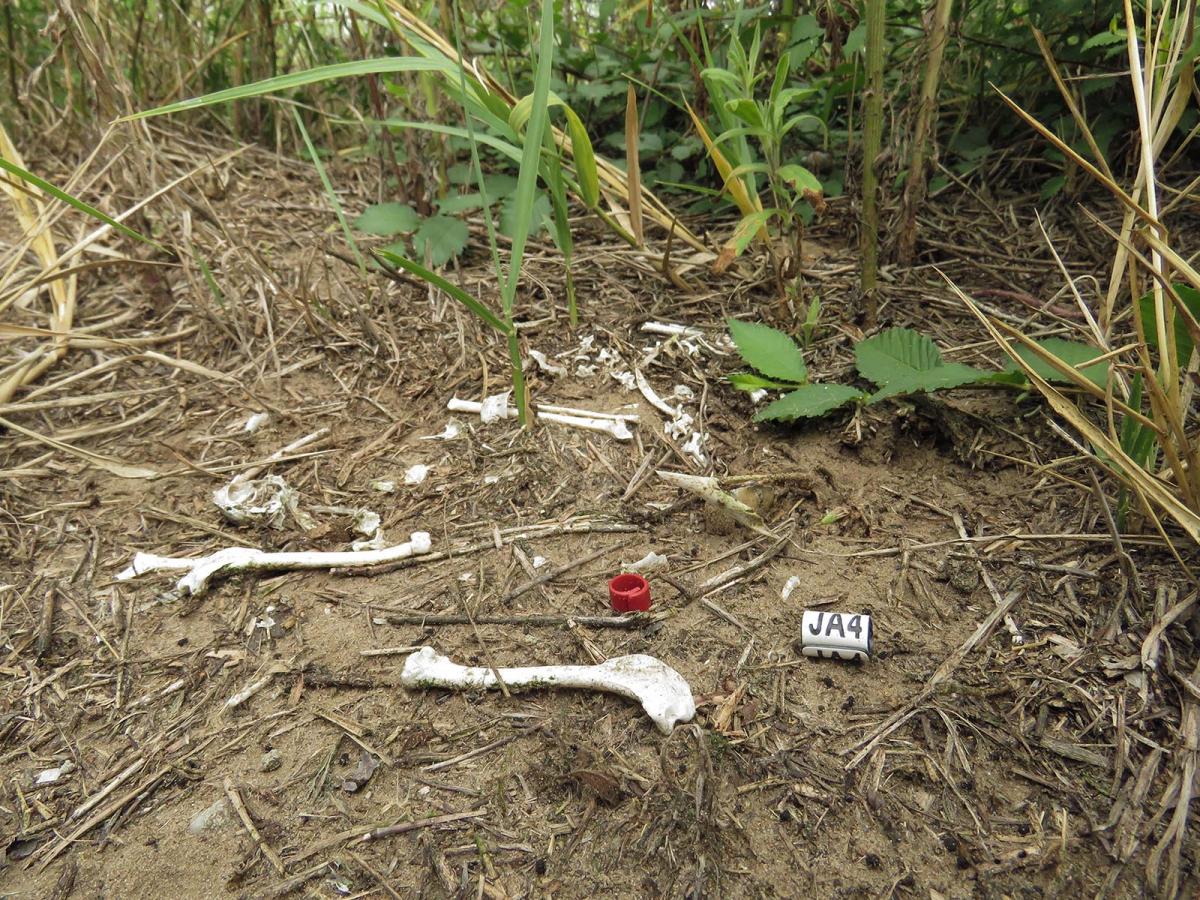 Remains of the roller marked as a nestling with colour rings (Photo: Balázs Csibrány).